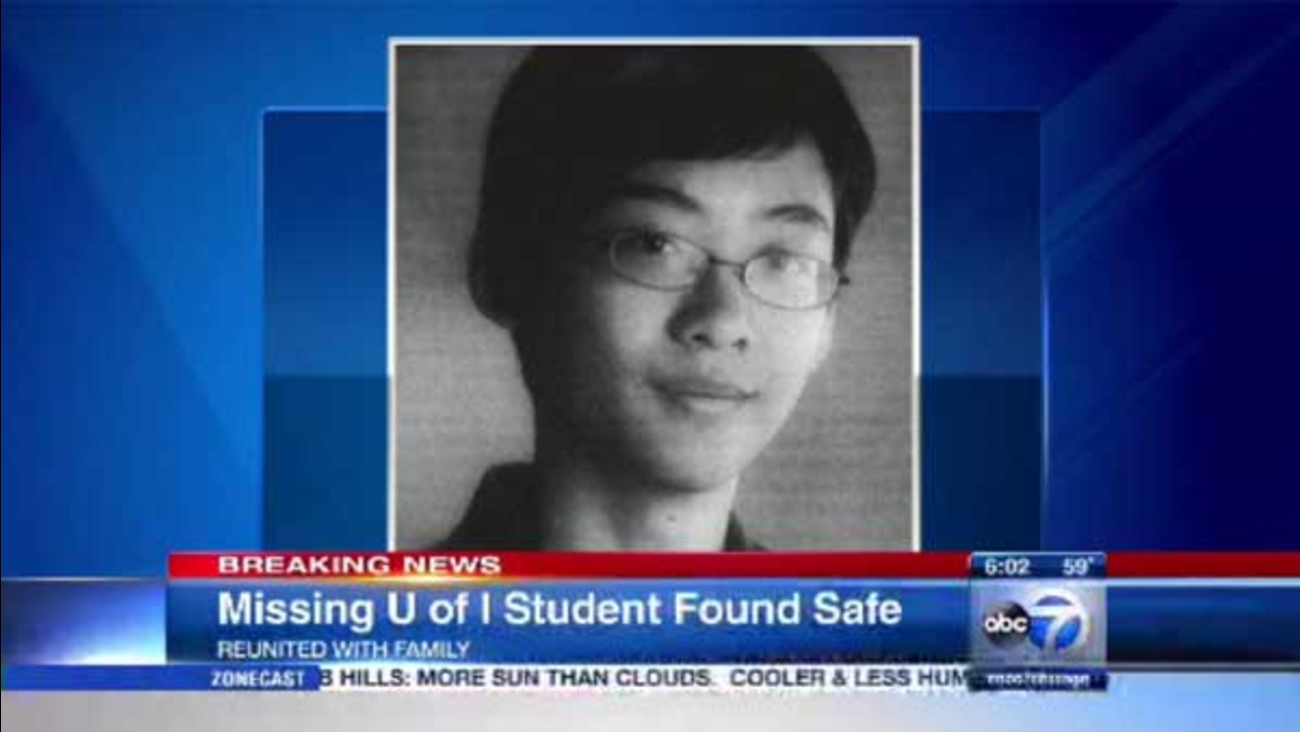 CHICAGO (WLS) -- Missing University of Illinois student Hye Min Choi has been found and reunited with his family, according to Chicago police.

Police did not release further details, but the 19-year-old man is reportedly in good condition. No word on where he was found.

Choi, a junior majoring in mechanical engineering at the University of Illinois Urbana-Champaign, was scheduled to board a flight to Greensboro, North Carolina at O'Hare International Airport on Saturday afternoon.

Authorities said he checked in for his United Airlines Flight 5892 around 3 p.m., but never boarded the plane.

His family said Choi spoke to his father on the phone at around 4:50 p.m., about two hours before his flight was scheduled to depart.

Choi's bags arrived at the airport in Greensboro, where his mother was supposed to pick him up. A United customer service supervisor said he did not re-book a flight with the airline.

"There doesn't appear to be any criminality involved," Chicago Police Superintendent Garry McCarthy said Tuesday. "The young man was apparently having some problems in school. We have some leads on where he may be. It appears that he may or may not have wanted to go home."