Driver rescued from burning car on I-355 near Downers Grove 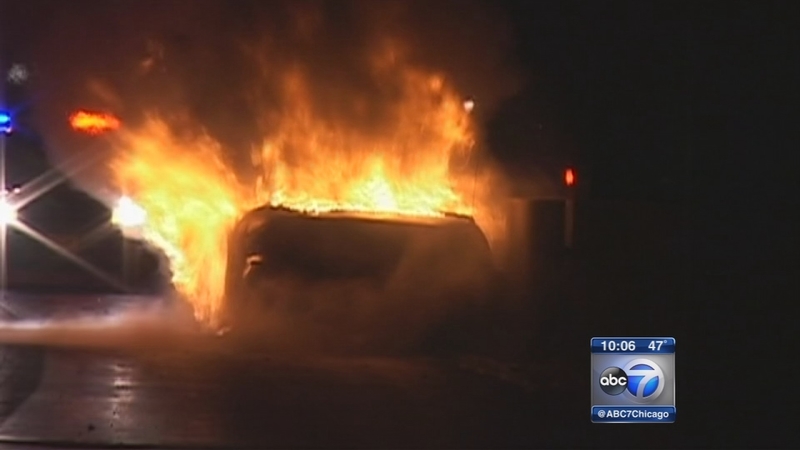 Driver rescued from burning car on I-355 near Downers Grove

PHOTOS: Driver rescued from burning car on I-355 near Downers Grove 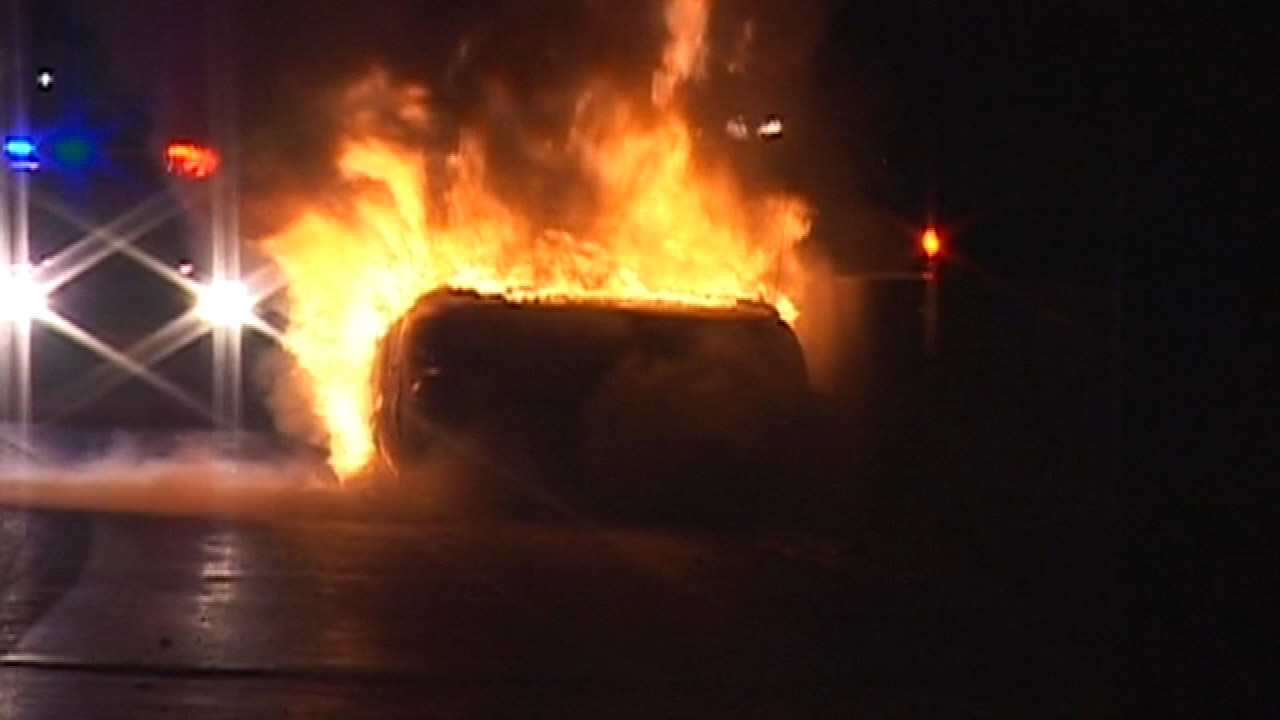 Rimas Barsketis and Ray Cepele say they were just trying to do the right thing when they stopped and approached the burning car.

The driver got out in the nick of time. Illinois State Police say the driver was injured when he hit the wall after losing control of his car.

The car was on fire with a male driver inside. For two Downers Grove friends instinct took over when they were returning home from an event early Sunday morning. Barsketis and Cepele pulled over on I-355 in Lisle. They called 911 and headed to the burning car.

"We saw a figure and we were immediately screaming trying to get him out of the car," Cepele said. "We didn't want to get too close, we had no idea if it would blow up or something."

Cepele, 19, and 20-year-old Barsketis kept screaming until the door opened and the driver stumbled out. The men then pulled the man to the side of the road. Fortunately, he was not injured, but Barsketis and Cepele said he appeared to be in shock and tried to run back to his car.

"We looked at him he was walking back towards the car, so we pulled him by his shoulders to the side of the road and sat him down on the grass," said Barsketis.

After it was all over, Barsketis and Cepele realized the outcome could have been much different had they never stopped.

"I was just trying to do the right thing," Cepele said.

For Barsketis's mother, it is the best Mother's Day gift she has ever had.

"When he got home and told me what was going on I was really proud of him and his friend Ray," Ophelia Barsketis said. "Great guys, I'm a very lucky mom."

"I think it is the best present making her proud and doing the right thing," Rimas Barsketis said. "She wants me to do the right thing and I showed it."

Rimas and Cepele left the scene of the crash before even learning the identity of the man the saved.