Two others were also injured in the accident, ISP says
WLS
By ABC 7 Chicago Digital Team 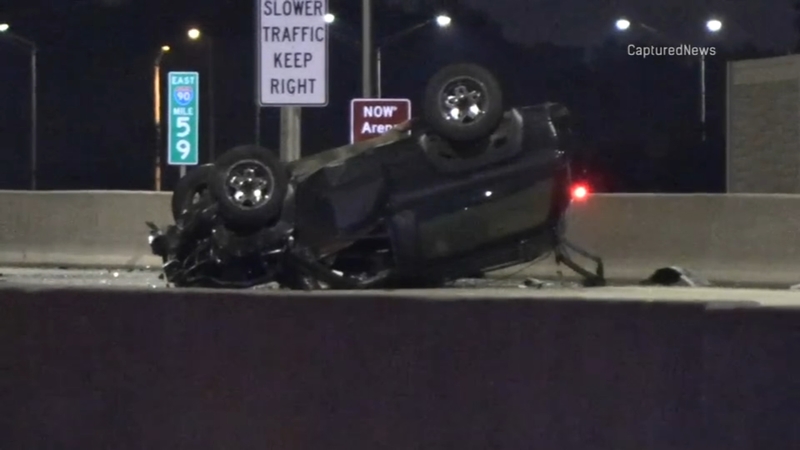 HOFFMAN ESTATES, Ill. (WLS) -- One of the two people killed in a two-vehicle crash involving a deer on I-90 in Hoffman Estates Monday morning has been identified.

Carlos Fajardo, 15, of Chicago, was identified as one of the victims, according to the Cook County Medical Examiner's Office.

One vehicle was traveling westbound on I-90 near milepost 59 at about 1:45 a.m. when it hit a deer and began to slow down as it headed to the right shoulder. The front end of a second vehicle hit the rear of the first vehicle and then overturned.

The drivers of both vehicles were transported to hospitals with serious injuries. Two passengers in the vehicles were killed in the crash. Authorities have not released information on the identity of the second person.