Some El Chapo operatives in Chicago "ought to be worried" 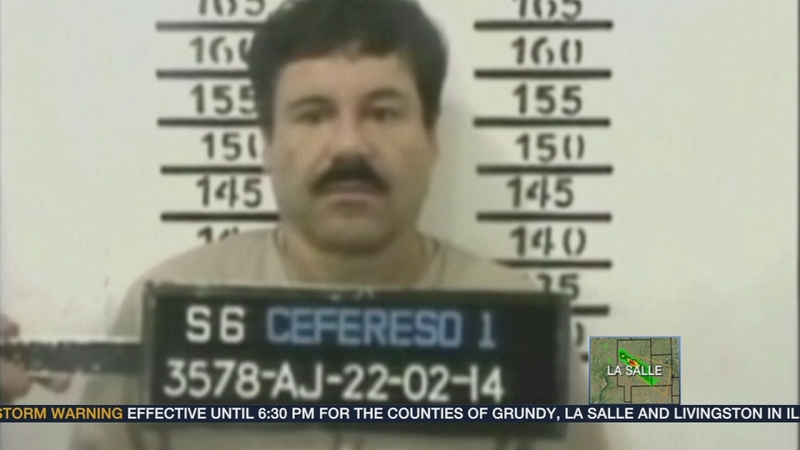 El Chapo operatives should be worried

CHICAGO (WLS) -- Although he may never have set foot in Chicago, Joaquin "El Chapo" Guzman was the city's biggest drug dealer by far, controlling 80 percent of the city's cocaine and heroin trade, according to law enforcement. Chapo and his top lieutenants are under federal indictment in Chicago after two of his most trusted aides from the West Side secretly cooperated with U.S. investigators. Now they are no doubt at the top of El Chapo's hit list.

Before he was arrested, before he was put into a Mexican prison and before be broke out of that prison, no one was entrusted with more illicit Sinaloa cartel drugs to distribute than identical twins Pedro and Margarito Flores. They were moving 71 tons of cocaine for Chapo into Chicago and through the U.S. when, in 2008, the twins decided to cooperate with authorities, secretly recording conversations with El Chapo.

If the drug lord were extradited here, they would testify against him and are in witness protection, supposedly untouchable.

But El Chapo wasn't supposed to get out either.

"Anybody who crossed him at some level ought to be worried, he's a man with a long arm and a far reach and immense power," says ABC 7 legal analyst Gil Soffer. "Now reality is he had that kind of immense power from prison, ultimately too, so we shouldn't assume that this was a powerless operation before he got out and now suddenly the world changes. But, there are some people who probably should be a little more worried than when he was in."

With El Chapo once again the lam, others may be in jeopardy as well. Several of the cartel bosses underlings pleaded guilty in Chicago, and even though they aren't cooperating their family members in Mexico are within Chapo's reach.

"It's certainly likelier in Mexico, there's less protection," Soffer says. "There's less top quality intelligence and there's more corruption. There's a little more to worry about no matter where you are on the globe right now."

Law professor Richard Kling says pending cases against several Chapo defendants in Chicago may now be up in the air.

"Well there's a bunch of questions in terms of who is going to be available, whether they are going to be frightened now because as much as we know that he can have things done from inside the institution, uh, people who are directly facing criminal charges don't necessarily believe his power is enhanced and their lives are potentially in more jeopardy," Kling says.

The Mexican authorities had promised they could handle El Chapo and that there wouldn't be another jail break. That was one reason they balked at extradition. Soffer believes that El Chapo's escape may actually help the United States get him back here to stand trial, and he says it increases the odds it will be Chicago.