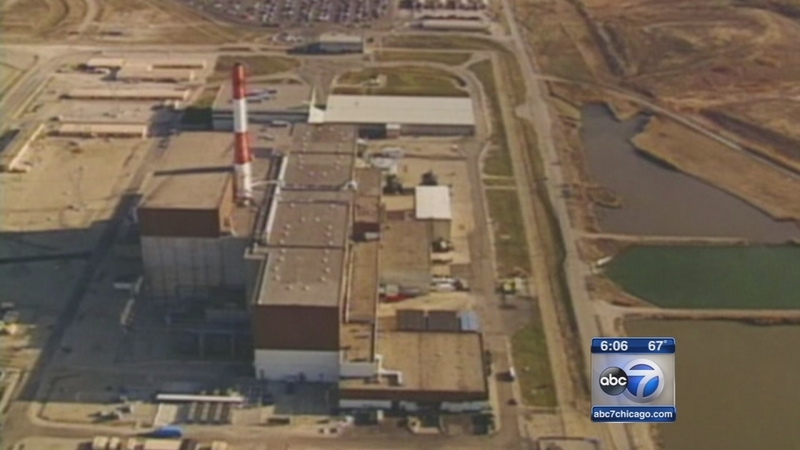 LASALLE COUNTY, Ill. (WLS) -- The ABC7 I-Team has learned of an unusual security breach at the LaSalle Nuclear Plant, southwest of Chicago. Federal authorities are investigating how two guns from the plant's security arsenal went missing.

Employees at the LaSalle Nuclear Plant were informed recently of a security incident but given few details. The I-Team has confirmed that the incident involved guns gone missing. Such an occurrence usually raises concern but at a nuclear power plant, considered a prime terrorist target, guns stolen from within the plant are especially troubling. Now federal investigators and the LaSalle County Sheriff's Department are both involved in trying to figure out what happened.

A spokesperson for Exelon, which owns and operates the nuclear plant, says they were training weapons stolen on July 27.

Officials with the U.S. Nuclear Regulatory Commission call it a "discrepancy of equipment" that came up "during license inventory.: The plant reported the problem to federal authorities and to the LaSalle County Sheriff.

Two inspectors from the U.S. Nuclear Regulatory Commission are posted full-time at this plant. The security breach is considered serious enough that NRC officials say a senior inspector was sent to LaSalle to coordinate the missing weapons case.

There is also a top-level NRC investigation to determine whether any federal regulations were violated. They say the initial assessment is that Exelon officials acted appropriately once the weapons were found to be missing.

This is the second embarrassing incident at LaSalle in the past two weeks. On Aug. 13 a nuclear plant employee was found to be under the influence of alcohol during random testing. That employee's access to the plant has been terminated, according to NRC records. Officials are not saying whether the two incidents might be related.