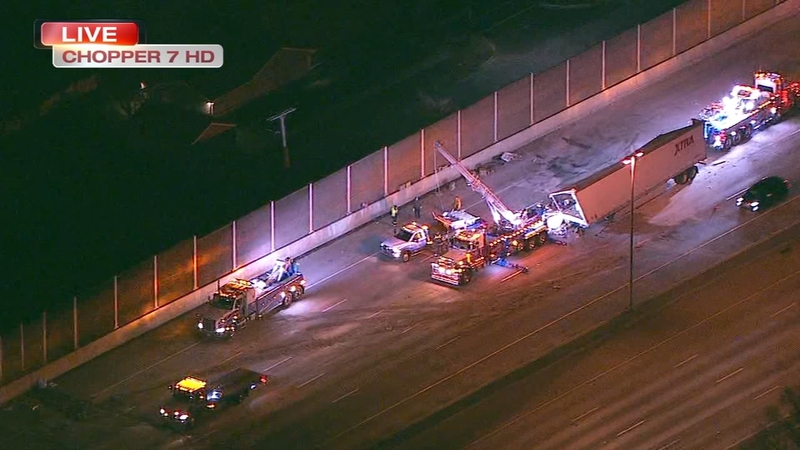 The crash occurred just after midnight Tuesday as a truck trailer full of meat was on the shoulder of the eastbound lanes of I-80/94 near Indianapolis Boulevard when it was hit by a semi-truck carrying 40,000 pounds of salt hit the trailer and rolled over.

The trailer with meat spilled out on the road and the truck carrying salt also lost its load.

A third truck was involved in the crash but did not lose its load.

Only one minor injury was reported in the crash.