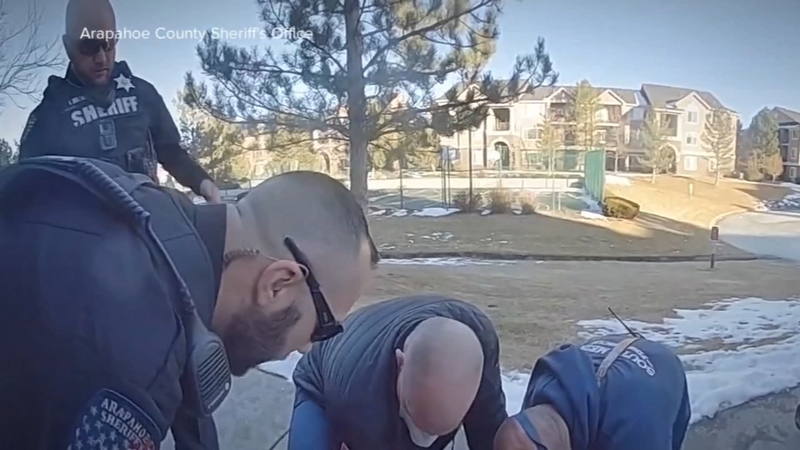 COLORADO -- An emotional reunion ensued between a hero neighbor, first responders and the children they rescued.

Body camera video from first responders performing CPR on a 6-year-old girl in Colorado after a hero neighbor jumped into a frozen pond to pull her out.

"I just kind of put some shoes on and ran out," said Dusti Talavera, the neighbor who pulled the child and two others to safety.

The 6-year-old, Zakiyah Williams, was rushed to the hospital in serious condition. But just two days later, she was back home in the arms of her grateful parents.

"They saved my baby. I really want to thank them for saving her," Williams' mother said.

Her father, Walter, was equally grateful.

"It was like a puzzle. Every piece had to go together for it to work. And the puzzle got put together so fast, it saved my daughter's life," Walter said. "I just want to say thank you to all of them. They saved [her] and she wouldn't be here if it wasn't for them."

Then, there was an emotional reunion with Talavera and those first responders.

The rescuers greeted Zakiyah with big hugs. As as he leaned in to hug Williams, a sheriff told her, "you scared me."

"Everybody played a crucial role in this incident," one first responder said. "A lot of quick reaction from everybody's part. It just boggles my mind."

They are getting recognition for an extraordinary act of courage.