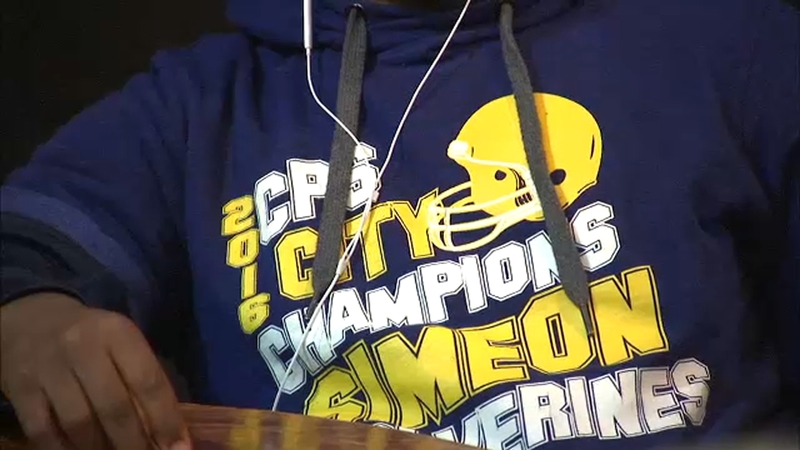 CHICAGO (WLS) -- Parents and alumni of Simeon High School's football team have filed an injunction asking that the Illinois High School Athletic Association declare no winner in their game against Nazareth Academy earlier this month.

The injunction follows Nazareth's Nov. 10 win over Simeon during a quarterfinal playoff game during which they claim a Nazareth father, who was dressed in a referee's uniform, unfairly influenced the game against Simeon.

The father - identified as Ricard Mercado in court documents - is a referee employed by IHSA, but who was not officiating the game. However, Mercado was dressed in full referee uniform and engaged in a handful of activities that violated IHSA rules, the injunction alleges.

After the game, Mercado allegedly posted on social media, saying that he "did what was needed" to make sure Nazareth won.

The IHSA, which is the state's governing athletic body, did nothing to remedy the alleged misconduct, the injunction said.