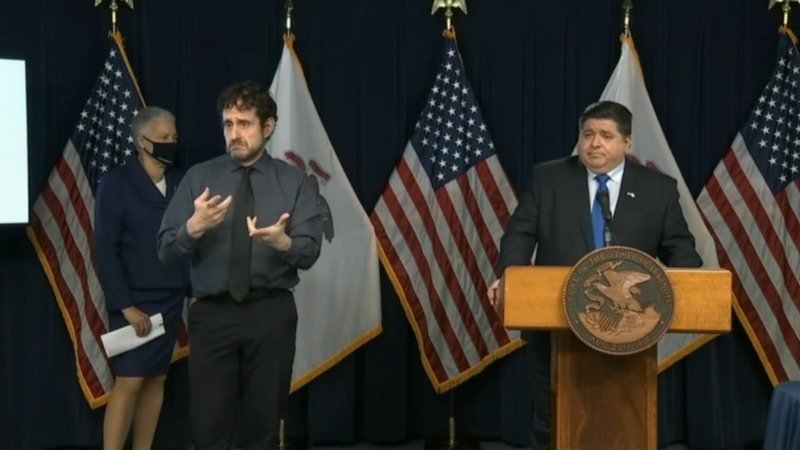 CHICAGO (WLS) -- A real budget battle is brewing after Gov. JB Pritzker announced more than $700 million in cuts would be needed due to the failure of the graduated income tax to pass in November.

The fallout from the election night defeat of the governor's progressive income tax plan is now taking shape. The fiercest fight could be over Governor JB Pritzker's proposal to furlough state workers.

"We've put forward proposals for what needs to be trimmed from state government," Gov. Pritzker said. "They're hard. They're painful."

A day after dropping his budget-slashing bombshell, Governor JB Pritzker acknowledged there is some tough work to be done to find savings of $711 million.

"I'm going to work, you know, day in, day out, my administration will, to make sure that we're getting this right," Gov. JB Pritzker said.

The governor is looking to get $75 million back from state employees, which could mean thousands of people being furloughed. Unions are digging in their heels.

"We're not questioning if there's a revenue shortfall, but we think it's wrong to target one group like this and expect state employees to pick up an unfair share of that burden," said Mike Newman, deputy director, AFSCME Council 31.

"We don't want to see anybody lose a job or even lose an hour on a paycheck," said Tim Drea, president, Illinois AFL-CIO.

The governor blamed the mess on Republicans who fought and helped defeat his so-called "Fair Tax."

"I'll be happy to work with anybody in the legislature that has ideas for how we would avoid furloughs, but again we're looking for cost reductions," Gov. Pritzker said. "So, what are you going to trade off in order to make that happen?"

In a letter to current and incoming members, House Speaker Mike Madigan called for finding a balance between cost savings and new revenues, but added: "I hope our Republican colleagues choose to be willing participants instead of partisan obstructionists and come prepared to offer real proposals that are void of political theatre."

Republicans said the decision by the governor and Democrats to rely on hypothetical revenues means there now needs to be across the board cuts.

"It's hard to identify places where you can save money," said State Rep. Tom Demmer, R-Dixon. "It's not a pleasant process, but it's one that we have to get real about confronting. This is not a situation where we can bury our heads in the sand and hope things get better."