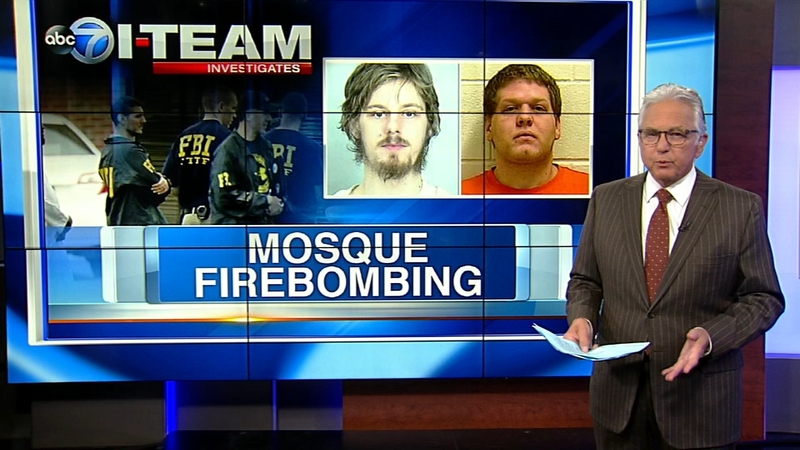 CHICAGO (WLS) -- Two Illinois men who admitted their roles in a firebomb attack on an Islamic mosque in Minnesota, trying to firebomb a women's health clinic in Champaign, and other violent acts during 2017 and 2018 associated with a homegrown terrorist group, face 35 years to life behind bars.

Some members of the group recorded hate videos and posted them on White Rabbit websites.

Their guilty pleas lay out the plot: a road trip from Illinois to attack the mosque, the so-called "patriot freedom fighters" admitting that they were trying to scare Muslims into leaving the U.S.
They also admitted trying to firebomb a women's clinic in Champaign and a series of other violent acts during 2017 and 2018, all under the banner of the homegrown terror group. The men used a sledgehammer to break through mosque windows so that McWhorter could lob in a homemade pipe bomb just as morning prayers were starting. Both men now face 35 years to life in prison.

As the I-Team first reported nearly a year ago, the White Rabbit organization was run by 47-year-old Michael Hari also of downstate Clarence, Illinois.

He is the only member of the group charged who hasn't pleaded guilty and right now is scheduled for trial in Urbana this summer, although prosecutors have a growing list of witnesses against him.