Illinois' unemployment rate fell to 6.7 percent last month - the sixth straight monthly decrease in the state's jobless rate, according to the Illinois Department of Employment Security.

Illinois' unemployment rate fell to 6.7 percent last month - the sixth straight monthly decrease in the state's jobless rate, according to the Illinois Department of Employment Security.

The meaning of those numbers was interpreted differently by Gov. Pat Quinn and his republican challenger Bruce Rauner.

"The key words I think today are unemployment is down and jobs are up," Quinn said.

Quinn scheduled his news conference at a West Side pump rebuilder to celebrate the state's sixth consecutive month of falling unemployment.

"It's the steepest decline in unemployment in the last 30 years in Illinois," he said.

In August of last year, the Illinois jobless rate was 9.2 percent. Last month's rate was 6.7 percent as state officials report the creation of 13,800 jobs, including 2,000 in manufacturing.

"These unemployment rate statistics can be misleading," Rauner said.

Rauner, who campaigned at a job fair for military veterans, continues to insist the state is losing more jobs than are being created as businesses leave Illinois and the unemployed stop looking for work.

"Many thousands of families in Illinois have stopped looking for work," Rauner said. "That's not a good reason to have the unemployment rate fall."

Outside, Democrats warned voters of what they called Rauner's plan to return to George W. Bush economic policies.

"Those are not the policies that are going to pick up Illinois and make us strong again," said State Rep. Barbara Flynn Currie.

"We've gotten out of the Bushes and we don't want to go back to the Bushes," said State Sen. Kwame Raoul.

Later, Rauner issued a statement blaming Quinn, Illinois House Speaker Michael Madigan and former Gov. Rod Blagojevich for the state's economy that he described as being in a "massive hole."

"We need to grow," Rauner said. "I've been a business builder. I'll grow our economy and we'll fix our problems through growth." 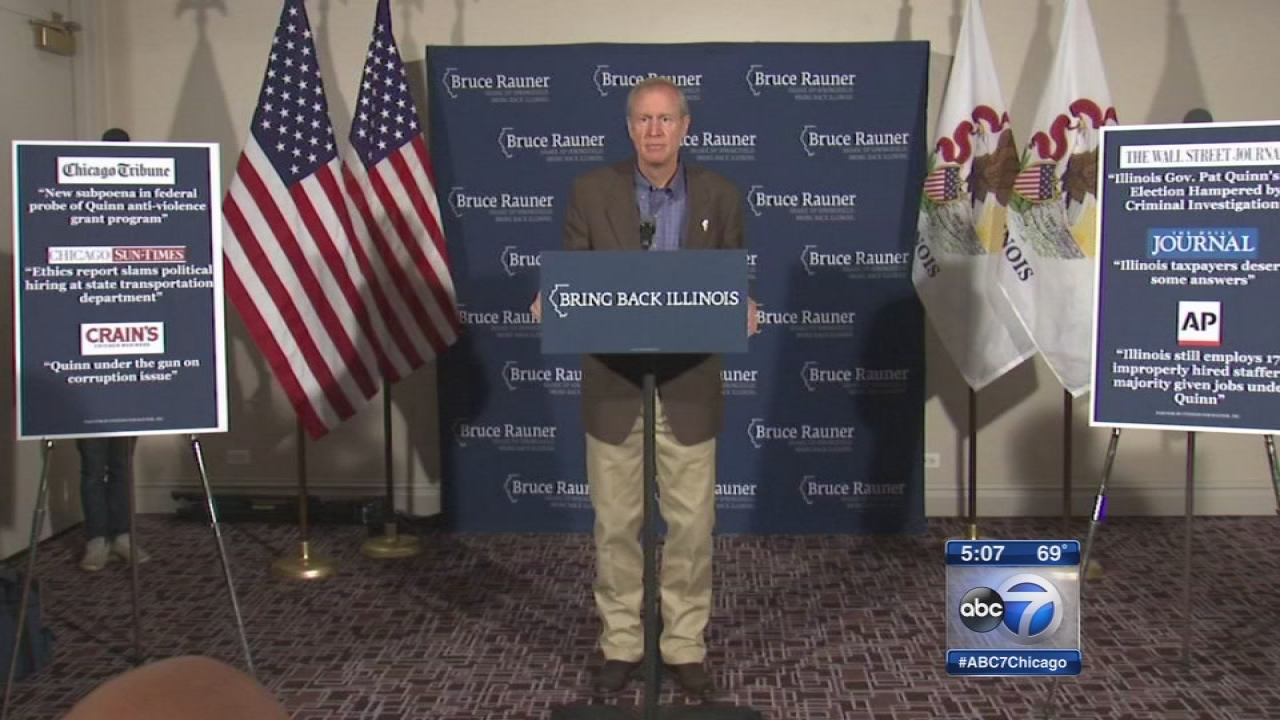