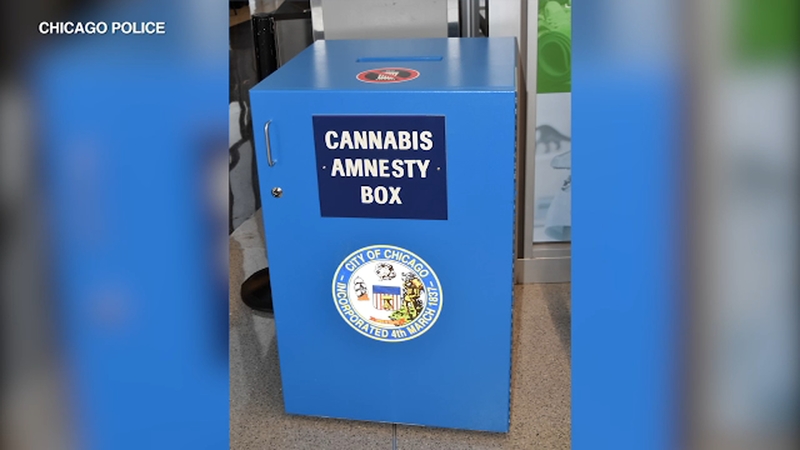 Chicago cannabis coordinator lays out do's and don'ts for 2020

CHICAGO (WLS) -- In Chicago, Paul Stewart has been given the job of cannabis coordinator and he spoke exclusively with ABC7 Eyewitness News to lay out the do's and don'ts of legal weed.

All 11 of Chicago's medical marijuana dispensaries will add recreational sales starting on January 1, 2020. Most are located on the city's North Side. For now, the 11 dispensaries are the only Chicago retail stores where people can buy pot legally.

Lines are expected on New Year's Day, and there's a very real possibility of a supply shortage.

"As it related to larger shortages, if that occurs we will work closely with the state and operators ensure minimal impact here in the city," Stewart said.

Medical marijuana patients will always have priority, to ensure any shortages don't prevent them from getting the medication they need.

Stewart said the biggest challenge for the city is to educate residents about the do's and don'ts of marijuana consumption.

"You can only consume cannabis in private locations," he explained. "You cannot consume cannabis on the public way, on streets or sidewalks, or public parks."
Police will enforce the law if you are caught in public smoking pot. Expect a $50 fine for the first offense, and $100 for the second.

Driving under the influence of marijuana is illegal. Transporting marijuana in a vehicle is not, but there are rules to follow.

"It does have to be in a sealed, odor-proofed, child-resistant container as you transport place to place," Stewart explained.

Transporting pot across state lines is illegal. If you plan on flying out of Chicago's airports, leave your pot at home. If caught at O'Hare or Midway, the TSA will have amnesty boxes to put your stash in.

All 11 dispensaries in Chicago will be open New Year's Day. After the state awards more licenses, the city expects more Chicago dispensaries to open in the next 12 to 18 months. The state will start awarding dozens of licenses for new dispensaries May 1.

"We didn't want them clustered in any one particular neighborhood, we wanted to make sure they are accessible to all residents of the city," Stewart said.