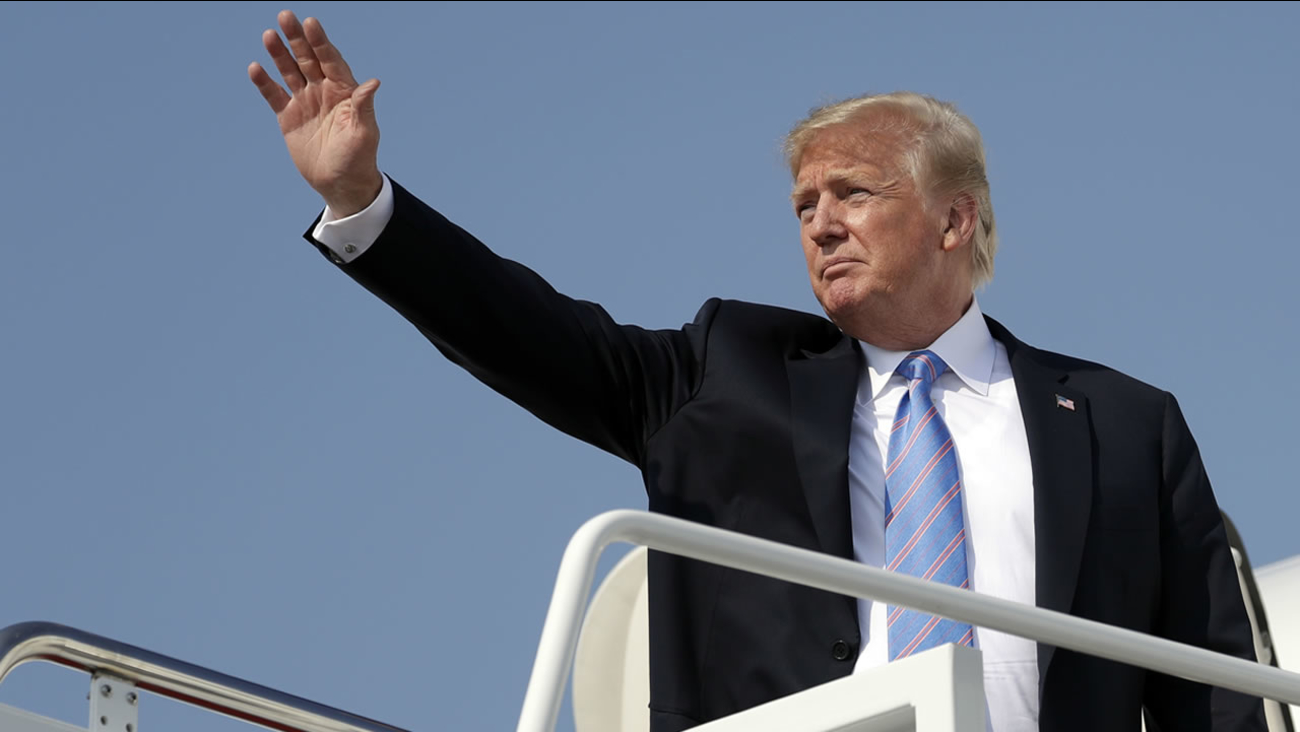 WASHINGTON (WLS) -- The Trump administration announced Thursday that all eligible children under age 5 who had been separated from their parents at the border have been reunited with their families.

"Dedicated teams at the Departments of Health and Human Services, Homeland Security, and Justice have worked tirelessly to ensure the safety of Ms. L class members. As of this morning, the initial reunifications were completed. Throughout the reunification process, our goal has been the well-being of the children and returning them to a safe environment. Our agencies' careful vetting procedures helped prevent the reunification of children with an alleged murderer, an adult convicted of child cruelty, and adults determined not to be the parent of the child. Of course, there remains a tremendous amount of hard work and similar obstacles facing our teams in reuniting the remaining families. The Trump administration does not approach this mission lightly, and we intend to continue our good faith efforts to reunify families.

"Certain facts remain: The American people gave this administration a mandate to end the lawlessness at the border, and President Trump is keeping his promise to do exactly that. Our message has been clear all along: Do not risk your own life or the life of your child by attempting to enter the United States illegally. Apply lawfully and wait your turn.

"The American immigration system is the most generous in the world, but we are a nation of laws and we intend to continue enforcing those laws. Establishing the immigration system demanded of our political leaders by the American people for more than 30 years-one that serves the national interest-will allow our nation to further realize the foundation of freedom, safety, and prosperity we inherited from our Founders."

The reunions -- ordered nationwide last month by a federal judge in San Diego -- have come in piecemeal tranches this week, as the government has scrambled to pinpoint the children eligible for return to their parents.

US District Judge Dana Sabraw originally ordered all children under 5 reunited by July 10. The government initially identified 102 children who fell in that category, but the number has slightly decreased in recent days, as Sabraw's order has essentially functioned as a judicially mandated audit of the morass of systems used by different federal agencies.

The Justice Department told Sabraw on Tuesday officials had found that some parents were unfit for reunification because they had criminal histories, some had already been deported and still others had not yet been located. The administration uncovered one case in which the "parent's location has been unknown for more than a year," according to a recent court filing.

The judge has acknowledged that after further investigation some parents may not fall within the class of those eligible for reunification with children at this point, but he reiterated to the Justice Department at a court hearing Tuesday that the timetables he had ordered for reunifying families were "firm deadlines, not aspirational goals."

As a result, he told the Trump administration, he expected that 63 children would be reunited with parents by Tuesday's deadline, a number that includes four who had been reunited beforehand.

The administration said Tuesday that it had completed 38 of those reunions, including the four done previously. Another 12 parents may be eligible for reunions but have already been deported. They may be reunited with children once they are located and contacted.

Whether the American Civil Liberties Union, which had filed the lawsuit against the administration over separated migrant families, will raise concerns about any individual outstanding cases before the next court hearing Friday remains to be seen. But thus far, the ACLU has not asked the judge for anything other than to keep the government on a tight leash with regular hearings and deadlines.

The looming and perhaps more significant question is how the administration will handle the much larger group of children 5 and older who are required to be reunited by July 26.

On that front, the judge has noted "there is a lot of work to do" on the older group of children and has ordered the Justice Department to provide an update Thursday on how many need to be reunited with parents.