No decision for Waukegan mother, son seeking US asylum from Honduras 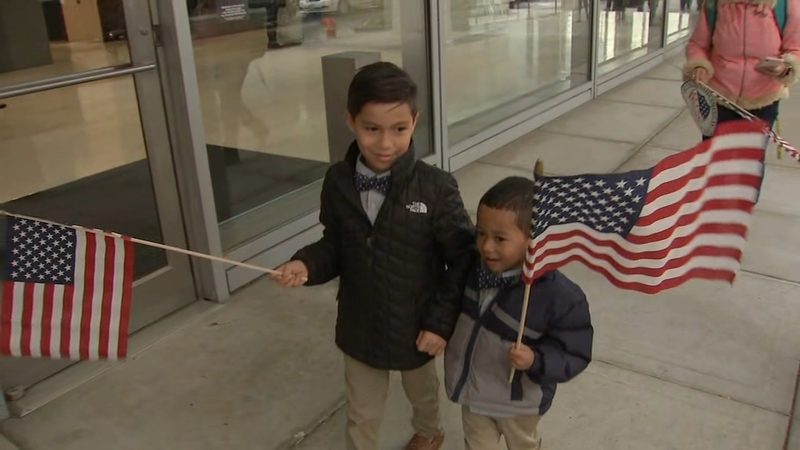 WAUKEGAN, Ill. (WLS) -- Chicago's Immigration Court did not make a decision Wednesday on whether a Waukegan mother and her 8-year-old son can remain in the U.S.

The pair are seeking asylum in the United States from their homeland in Honduras.

The mother, Evelyn, and the father of Iker Velasquez testified Wednesday about being threatened by a politically connected gang in Honduras.

"I was to live in freedom," Iker said.

Since coming to the U.S., the Velasquez family has been living in Waukegan where Iker is currently enrolled in the second grade.

When Iker came to court two years ago, he was dressed as his favorite superhero Captain America.

Wednesday, the judge heard more about the details about the fears and death threats against the Velasquez family for their work as an election judge and with a human rights organization.

The hearing was not able to finish with testimony Wednesday and has been scheduled to continue March 10.

At that time, the immigration judge will hear from an expert in Latin American gangs, followed by Iker who will be last to testify.

While in the states, Evelyn Velasquez has had another son who is now 3-years-old and is a U.S. citizen.