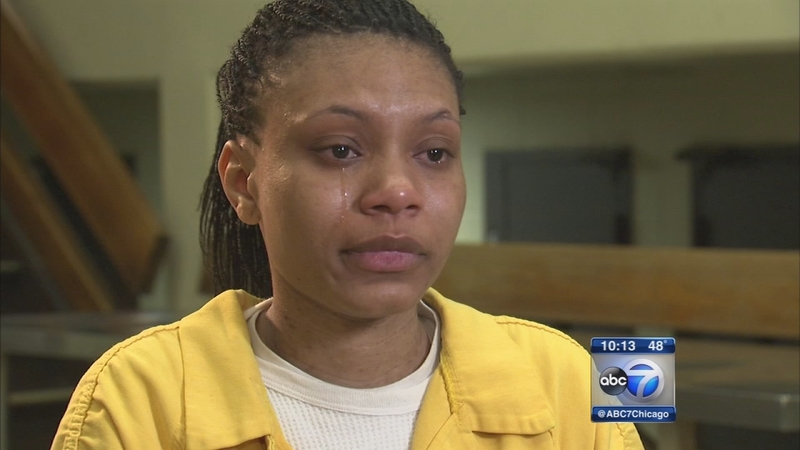 Thousands in 'indefinite detention' in Cook Co. because they can't afford bond

Fifteen million people are locked up every year in the U.S. on criminal charges. For many it is "indefinite detention" because they spend years just waiting to go to trial. Activists call this mass incarceration a human rights crisis, and say Cook County is one of the biggest offenders.

One single mother in Chicago has been behind bars for more than two years awaiting justice.

"I just want to go home and do better for myself," said Bianca Young, Cook County inmate.

Bianca Young has spent 779 nights in Cook County Jail. The 25-year-old single mother grew up in Chicago's Austin neighborhood on the West Side. But it was a night on the Near North Side that got her in trouble.

In August 2014, Young went to a River North nightclub with three men. After leaving the club, there was a fight. Two people were shot; one of them died. Surveillance video shows Young getting in her car just before the shooting started.

Chuck Goudie: "Could you have avoided being in this position?"
Bianca Young: "Um, I don't think I could have avoided it because I didn't know it was going to happen."

Nevertheless, Young was charged with murder, attempted murder and disrupting the peace.

Young had a 3-year-old daughter at home, a job and no prior convictions. Bond was still set at $1 million and eventually reduced to $250,000.

"The judge, he knew I couldn't pay that. I mean, thank you for the bond reduction but where I come from we don't have that type of money," she said.

She is not alone. The I-Team has learned 92 percent of the inmates in Cook County Jail have not been convicted of the crime they are charged with, compared with 60 percent nationally. Instead they are here waiting, many times for years, to go on trial.

"And the majority of those people who are pre-trial, at least two-thirds of them have money bonds, so they would be eligible for release if they had sufficient money to pay those bonds. It means we are punishing people because they are poor," said Sharlyn Grace, Chicago Appleseed Fund for Justice.

Max Suchan of the Chicago Community Bond Fund said bond hearings are too fast and incomplete.

"The average bond court hearing, according to recent study, was 37 seconds," Suchan said.

His organization is working to eliminate money bonds in Illinois.

"They're making really quick decisions that completely impact what's going to happen with the case," he said.

Suchan said legal research shows people who are out on bond have better legal outcomes in their cases.

"The pretrial detention helps unravel the fabric of families and communities," said Suchan.

"It's been kind of rough, you know, she wake up at night crying, ya know, wanting her mother," said Clay Young, Bianca's grandfather, of her daughter.

Young's grandfather and family have cared for her daughter Kimora while she has been in jail. She missed two of her birthdays waiting for a trial date. Her attorney for her first year and a half behind bars was an assistant public defender.

"She was telling me you're facing 75 years, she didn't really care. She never brought me paperwork, no statement, no nothing," Young said.

Last December, Eric Sussman and Emily Seymore of the Paul Hastings Law Firm took on the case at no cost.

"They came in and did everything a lawyer is supposed to do," said Young.

Young finally got a trial date and was acquitted last month of the two murder charges, convicted only of felony disrupting the peace.

"She's served significantly more time than she would have served sentenced for what she was convicted of," said Grace.

"No one is going to give her those two years of her life back," said Suchan.

Young said she is not bitter and never gave up hope, and that her new attorneys made the difference in her case.

"It's good to know that people there that really care. They didn't have to do it, but they did," she said.