Rocket crashes, bursts into flames seconds after launch in Japan 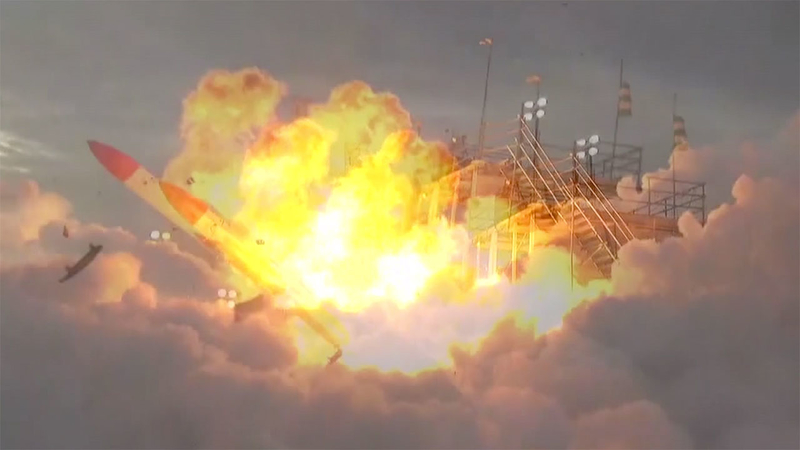 Rocket crashes, bursts into flames seconds after takeoff in Japan

KUSHIRO, Japan -- A private rocket came crashing back down to Earth and subsequently exploded into a ball of fire just seconds after launch in Japan early Saturday.

Developer Interstellar Technologies said in a Facebook post that its launch pad was burned in the explosion but that there was no other damage to its facilities. The company shared photos of its employees posing with the charred rocket.

If the launch had been successful, MOMO-2 would have been Japan's first privately developed rocket to reach outer space. Saturday's crash was the second such failed launch attempt in a year; the company attempted a launch last summer but lost contact with the rocket a minute into flight.

"We could not accomplish what we were expected to do. I feel sorry for that," Interstellar Technologies President Takahiro Inagawa was quoted as saying by the Japan Times.