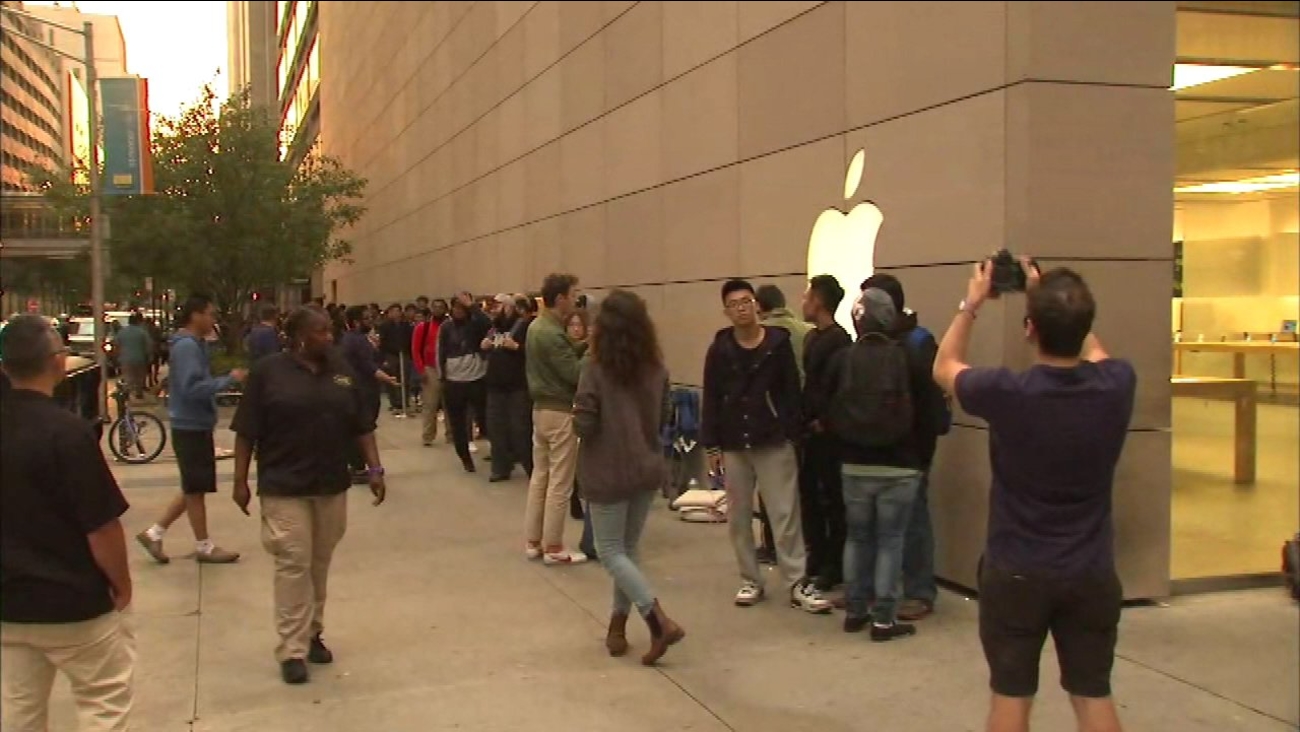 SAN FRANCISCO -- Apple fans are finally laying their hands on the brand new iPhone 7 and iPhone 7 Plus.