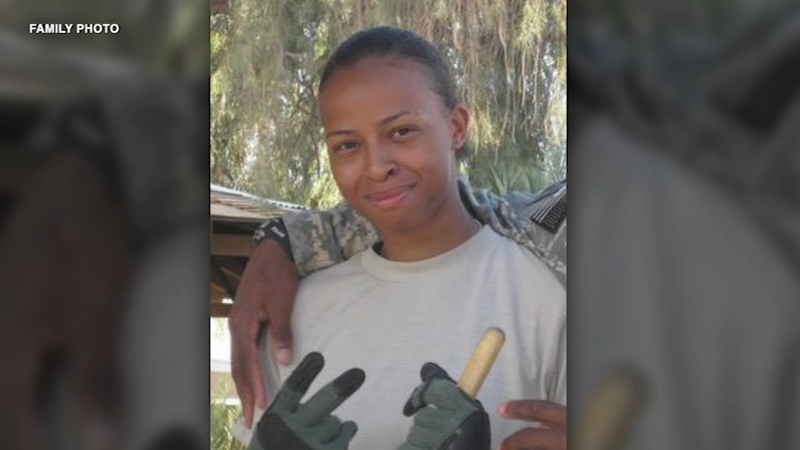 CHICAGO (WLS) -- The family of a woman who died in by apparent suicide in Chicago police custody has filed a lawsuit against the city and several officers.

Bodycam video taken the night of Dec. 18, 2021, captured the verbal exchange between 33-year-old Irene Chavez and arresting officers. It was used by her family's attorneys as they announced the federal civil rights lawsuit.

"What we know is Irene died in the care and custody of the police," said Andrew Stroth, Action Injury Law Group. "The officers knew Irene had mental health challenges."

Chavez, who was picked up after allegedly punching a security officer inside a South Shore bar, died by apparent suicide, less than an hour after being handcuffed inside a holding cell at Chicago's 3rd police district.

If you or someone you know is struggling with thoughts of suicide, you can reach out to the National Suicide Prevention Lifeline 24 hours a day at 800-273-8255.

Video released last week by the Civilian Office of Police Accountability shows officers finding her with a shirt tied around her neck. Attorneys Tuesday pointed to a horizontal bar installed on the wall as a hazard for someone looking to harm themselves, and called attention to paper covering part of the window between the holding cell and the officer's desks, blocking their view.

The video, released by COPA, shows one officer having to stand up on a chair to check in on Chavez after she went quiet.

Chavez's sister Iris accused officers of neglect and failing to recognize someone in the midst of a mental health crisis.

"Looking at the video and just saying to myself, why aren't they doing this instead? Why didn't they do this or why is he talking to her like that?" Iris Chavez said.

According to COPA, the video release last week was not mandated but done in the interest of promoting transparency. But attorneys for the family are questioning CPD's transparency when it comes to in-custody deaths.

"If litigation alone could transform the Chicago Police Department, it would have been transformed decades ago," said Sheila Bedi, Northwestern School of Law. "So we have no illusions of the power of a lawsuit alone to change things. But it can help tell the truth."

The City of Chicago's Law Department had no response except to say, "The City has not yet been served with a complaint and will have no further comment as the matter is now in litigation."