Data about Chicago federal employees among information hacked by teen 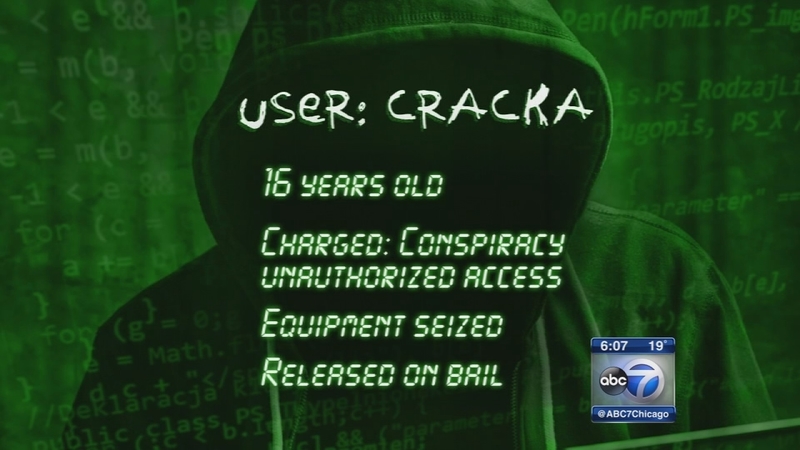 Several federal employees in Chicago are among those whose personal data was made public by a notorious hacker, who is allegedly a teenager who was arrested on Tuesday, the ABC7 I-Team has learned.

A 16-year old, who goes by the name "Cracka" while hacking into government websites and databases, is accused of exposing rank-and-file federal employees and the head of the CIA.

The teenager faces charges in Great Britain where he is a resident. He was charged with conspiracy to make unauthorized access of computers. His equipment has seized and he's now said to be released on bail.

The mysterious hacker got the attention of officials in Washington, D.C., when he posted personal information about CIA Director John Brennan, including telephone numbers, home addresses, passport and social security numbers.

The teens is accused of calling Verizon and conning them into giving details about Brennan's AOL account. Then, he called AOL and convinced someone there to reset the password using details he had gotten from Verizon.

The data was from six unclassified documents hacked in October from Brennan's private email account, including very personal information from a security clearance application.

The teen's arrest was part of a globe-spanning investigation of a data breach that reached past the CIA this week and into the FBI and Department of Homeland Security.

In his most recent hack this week, "Cracka" published lists of 20,000 FBI employees and 9,000 Homeland Security agents on the Internet.

The I-Team has learned that among the names are at least three Chicago federal employees -- all with the Department of Homeland Security, including an intelligence officer, a protective services advisor and a supervisor.

Against the backdrop of several top presidential aides having been hacked, this week President Barack Obama signed an executive order aimed at increasing federal cybersecurity.