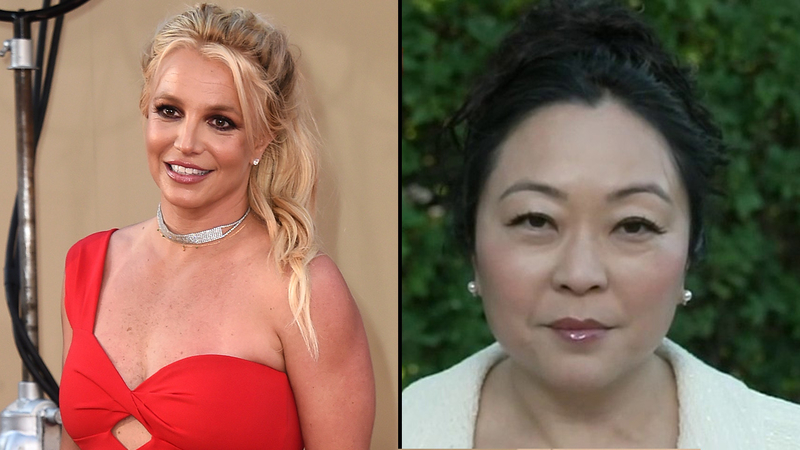 LOS ANGELES -- Britney Spears' father, Jamie Spears, is speaking out to tell his side of the story, via his lawyer, Vivian Thoreen, regarding his daughter's conservatorship in an exclusive interview with "Good Morning America."

Interest in the singer's conservatorship has heightened following the New York Times documentary, "Framing Britney Spears." Celebrities and supporters who believe the conservatorship is no longer necessary have advocated for Spears on social media with the hashtag #FreeBritney.

"I understand that every story has a villain, but people have it so wrong here ... This is a story about a fiercely loving, dedicated and loyal father who rescued his daughter from a life-threatening situation. People were harming her, and they were exploiting her. Jamie saved her life," Thoreen said.

The elder Spears was first court-appointed as the conservator of his daughter's estate, along with attorney Andrew Wallet, in 2008, following a series of personal issues that played out publicly for Britney Spears, including a bitter divorce, custody battle and two hospitalizations.

For most of that period, he also oversaw her health and medical decisions. Jamie Spears became the sole conservator of the singer's $60 million estate in 2019, following Wallet's resignation.

Court documents show that when Jamie Spears stepped in in 2008, the pop star's assets were worth only $2.8 million despite her wild success in the early 2000s.

"She was being taken advantage of financially by some of those around her," Thoreen said.

Britney Spears is back in the headlines due to a new documentary. Its release comes amid another round in the legal battle over who should control the singer's finances and other aspects of her personal life.

She said her client was able to turn his daughter's finances around through collaboration.

Since 2008, Britney Spears has released four albums, starred on a primetime show and hosted her own Las Vegas residency.

Now 39 and the mother of two sons, Britney Spears has not performed, recorded music or made media appearances since declaring a career hiatus early in 2019.

At the time, she said she backed out of an upcoming show because her father was sick, but last year she took a seemingly different tune. In November 2020, her attorney told a judge "my client has informed me that she is afraid of her father ... She will not perform again if her father is in charge of her career."

When pressed about the attorney's statement, Thoreen pointed to times the father and daughter spent together during the COVID-19 pandemic, including "enjoying southern comfort food together" in Louisiana.

She also provided ABC News with videos that she said show Britney and Jamie spending time with family in 2020.

"In that time, Britney never expressed those words to her father. She's never asked him to step aside," she said.

When asked if Thoreen believed if this statement came from the lawyer -- and not Britney herself -- she said "issues come up from time to time."

"But this, in no way, takes away from the love and support that they have for each other," she said.

And when asked why Britney Spears won't publically try to put the #FreeBritney movement to rest, Thoreen said "you'll have to ask Britney."

Thoreen and Britney Spears' attorney Sam Ingham spared in court in early February over Jamie Spears' rights and powers while working with his new co-conservator, The Bessemer Trust. Another hearing in the case is scheduled for March 17.

When reached by ABC News, Ingham said he could not comment on a pending case.