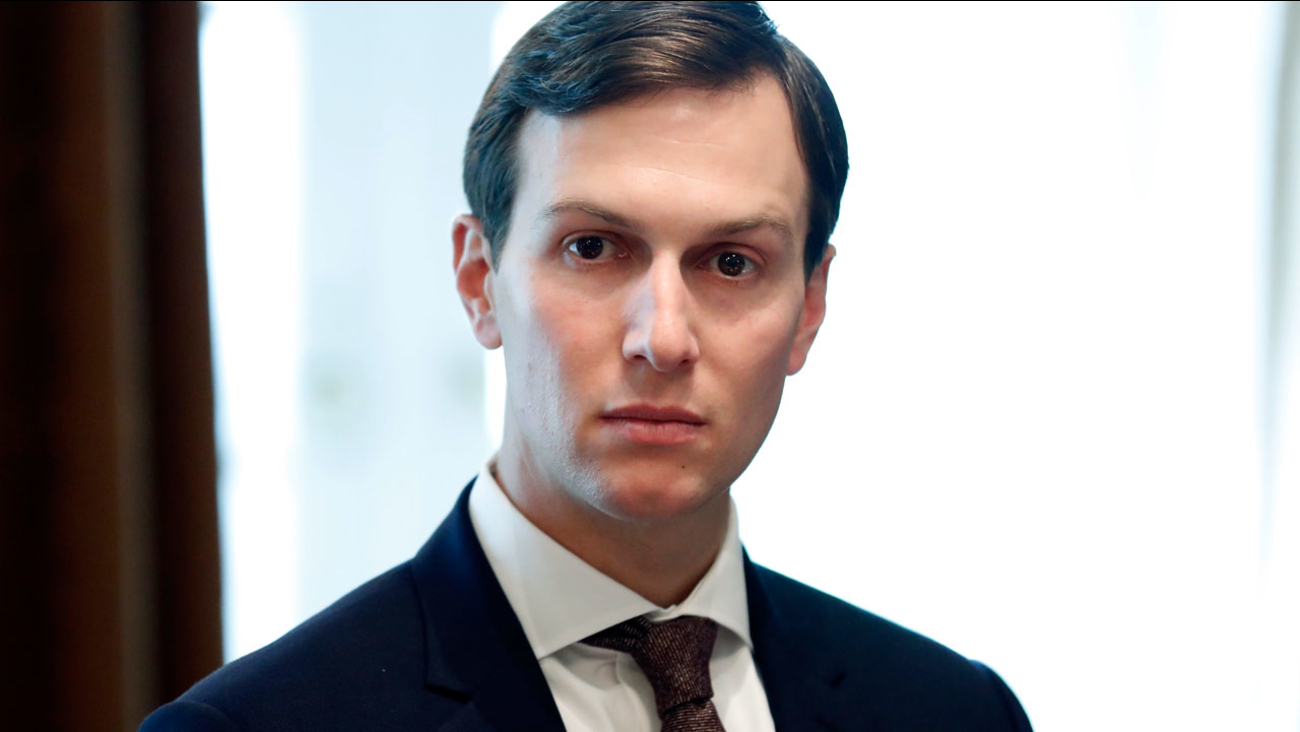 Jared Kushner, who has worn dueling hats for more than a year as President Donald Trump's senior adviser and son-in-law, has been stripped of his access to the nation's top secrets, officials said Tuesday after his security clearance was downgraded.

Kushner, along with other White House officials who had been operating on interim clearances, had their access altered last week after chief of staff John Kelly stipulated new changes to the security clearance system.

Dozens of White House officials have operated on interim clearances since President Donald Trump took office more than a year ago. Kelly had grown frustrated with the high number of aides without permanent access and has worked to shrink the number of temporary clearances. He issued a memo last week spelling out changes to the system, which gained new scrutiny after domestic abuse allegations against former aide Rob Porter surfaced this month.

In the February 16 memo, Kelly stated that White House officials who have been operating on interim clearances since last June would have their temporary clearances discontinued.

That included Kushner, the President's son-in-law and senior adviser. Asked on Friday whether he would grant Kushner an exemption from the new mandate, Trump said it would be Kelly's decision.

The White House has refused to detail the status of Kushner's clearance. In a statement, Kushner's attorney Abbe Lowell wrote: "Mr. Kushner has done more than what is expected of him in this process."

"Those involved in the process again have confirmed that there are dozens of people at Mr. Kushner's level whose process is delayed, that it is not uncommon for these clearance reviews to take this long in a new administration, and that the current backlogs are now being addressed," Lowell wrote. "No concerns were raised about Mr. Kushner's application. As General Kelly himself said, the new clearance policy will not affect Mr. Kushner's ability to continue to do the very important work he has been assigned by the President."

Kushner is accepting the decision about his security clearance and "will not ask for special permission" from the President, one person familiar with situation says.

"He is a valued member of the team and will continue to do the important work he has been doing since he started in the administration," press secretary Sarah Sanders said on Tuesday.

After the memo's release, White House officials worked to identify a way for Kushner to continue working on his portfolio of issues -- including on the Middle East and China -- that would avoid forcing Trump to personally intervene. Officials have expressed worry that Trump's personal involvement could create problems within the West Wing and with Kelly.

The security clearance issue has caused a rift between Kushner and Kelly, multiple source familiar with the matter say. The President is aware of the tensions between the two men over the matter, a person familiar with his thinking said.

The FBI is expected to wrap up Kushner's background check within a month, another person familiar with the situation said, who added the FBI would hand the findings to the White House for them to make the ultimate decision on Kushner's clearance.

A "surge" of FBI agents have been tasked with processing a backlog of background investigations into Trump administration officials seeking security clearances, law enforcement sources said. Agents are "churning and burning" to complete the required checks, one official with the matter said. "We're trying to help the process ASAP."

Meanwhile, White House officials say they've noticed an uptick in the pace of top secret security clearance decisions coming from the White House Personnel Security office. That's the department tasked with taking the FBI background check and determining whether a clearance should be granted.

"We thought we had an adequate number of individuals assigned. We realized we need to up our ante and get this off our plate," the official said. "It's an arduous process that they go through. You can only do so much in 24 hours."

In the February 16 memo, Kelly wrote that in the wake of the Porter scandal he "convened a number of after-action meetings," including with senior FBI leadership, to discuss the security clearance process.

"They have offered to assist us with reviewing and improving our protocols and we have accepted their assistance," Kelly wrote.

He noted that even before the Porter scandal he had directed the Personnel Security office to make "better use of existing staff" and hire "additional staff."

Before Kelly issued his memo, White House and Justice Department officials convened a conference call to see whether some of the outstanding background check investigations for officials on interim clearances could be completed quickly. That included Kushner, according to a person familiar with the call. In his memo, Kelly stated that all interim clearances would be discontinued in a week's time.

A separate conversation took place last week between Deputy Attorney General Rod Rosenstein and White House counsel Don McGahn about Kushner's clearance. Rosenstein explained on the call the clearance process for Kushner was still ongoing, according to a source familiar with the matter.