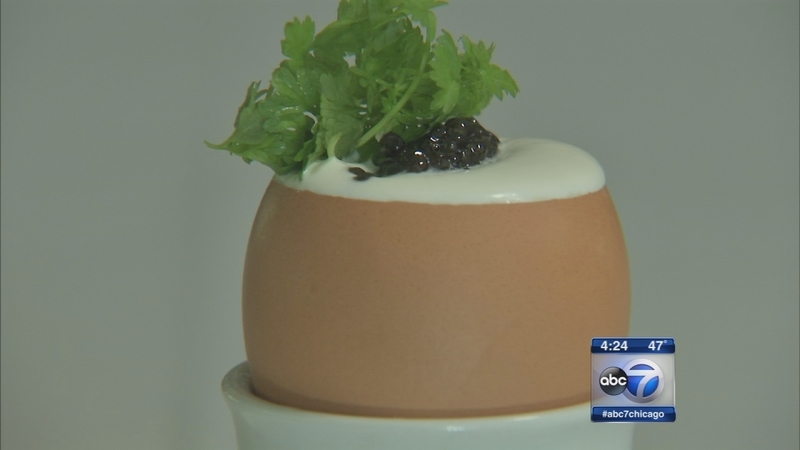 The Blanchard in Lincoln Park

CHICAGO (WLS) -- Chicago restaurants continue evolving while entrepreneurs are always, it seems, looking for the next new thing.

Fish tacos, fried chicken and barbecue are just a few recent trends - but one restaurateur is attempting to go old-school. And in this case, that means a restaurant highlighting classic French recipes.

In a city as diverse - at least in culinary terms - as Chicago, there are only a handful of French restaurants. Most are associated with older recipes that have fallen out of fashion. But a local chef who's worked his way up through French kitchens decided it was time to bring those classic recipes back, even at the risk of seeming out-of-step with the times.

The potatoes are tourneed, fried in duck fat and placed over the most delicate pomme puree of pea tendrils. It's just one of several windows into Jason Paskewitz's philosophy and obsession with French technique, at The Blanchard, hidden on the ground floor of a pre-war building in Lincoln Park.

"If everyone's going this way, let me go that way and see what happens. That's as simple as I could put it," said Paskewitz.

Paskewitz adores the classics like duck a l'orange and steak frites, as well as eggs.

"The egg - the oeuf outhier - which I thought would just be on there for fun and every night, egg, with the scrambled egg and the caviar and the cream," he said.

"I'm not a big of fan of when people say 'I'm doing my contemporary rendition,' because that kind of takes away from what it exactly is. My rendition, yes, but these flavors are meant to be for a reason," said Paskewitz.

Take Dover sole, for example. He seasons and gently sautees it in a pan with butter and fresh thyme, basting with the browned butter. Once it's removed, it's delicately de-boned and filleted. Meantime, a classic meuniere is made in the pan, with capers, butter and lemon juice. Served with those duck fat-fried potatoes, it's France on a plate. Paskewitz says this kind of cooking is where his heart is.

"I felt like that's what I've always really wanted to do, and now was the right time," he said.