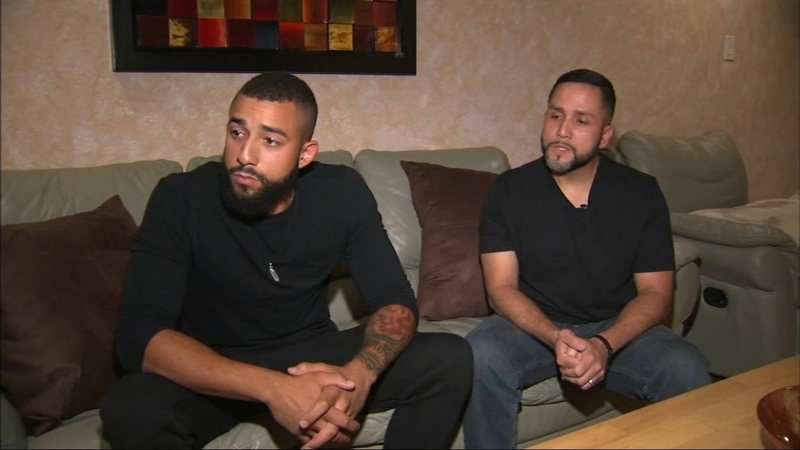 CHICAGO (WLS) -- The now-infamous dash cam video of Laquan McDonald's murder has been seen around the world. But long before that, the images were burned into the minds of Jose and Xavier Torres, who inadvertently witnessed McDonald's murder with their own eyes.

Immediately they knew something wasn't right.

"Just knowing there was only a knife involved, lethal force was unnecessary," Xavier said.

The father-son duo were the only civilian witnesses called to testify in Jason Van Dyke's murder trial. They said they never saw the teenager threaten Van Dyke before the shooting started.

After it was over, Jose Torres said police told them to leave, never asking for a statement.

"If I didn't speak up, I would have been part of the cover-up," Jose said.

Both men said they were worried about repercussions if they got involved, but felt they had to do the right thing.

They also both believe jurors came to the right conclusion, convicting Van Dyke of second degree murder and 16 counts of aggravated battery - one for each shot fired at the teen with the knife.

"I got emotional. I didn't think they would convict him," Jose said.