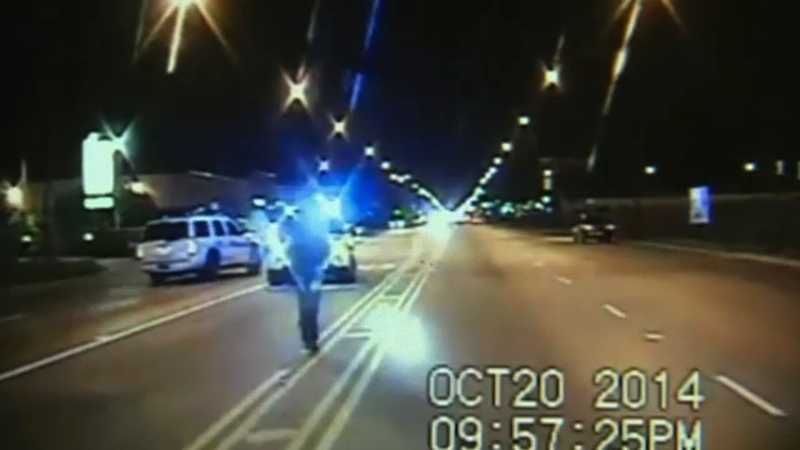 CHICAGO (WLS) -- A lineup of Chicago's most vocal activists are furious that convicted former Chicago police officer Jason Van Dyke is about to walk out of prison in a matter of days.

"We all know what happened, "said activists Will Calloway. "[He was] unjustly sentenced to 81 months in prison."

Van Dyke is set to walk free on February 3 after serving just half of his sentence for fatally shooting Laquan McDonald 16 times in October 2014.

"This man took everything from me," said McDonald's grandmother, Tracy Hunter. "This man is going to walk. If tables turned, my grandson would have never seen the light of day. He shot my grandson 16 times and then reload the gun again."

Some of the activists that gathered Monday afternoon led the 400-day fight for the city to release the video of Van Dyke killing McDonald.

Now they're taking the fight to the federal government.

"Calling on our fed government to intervene," Calloway said.

"This sends a clear message to all police across the country," Calloway said. "This man has a platform."

"Calling on U.S. attorney and attorney general, we want justice for Laquan McDonald!! We want it and we want it now," said Rep. Bobby Rush.

"Not only do I need your help, we need your help to keep this man locked up," Hunter added. "He don't deserve to get out, period."