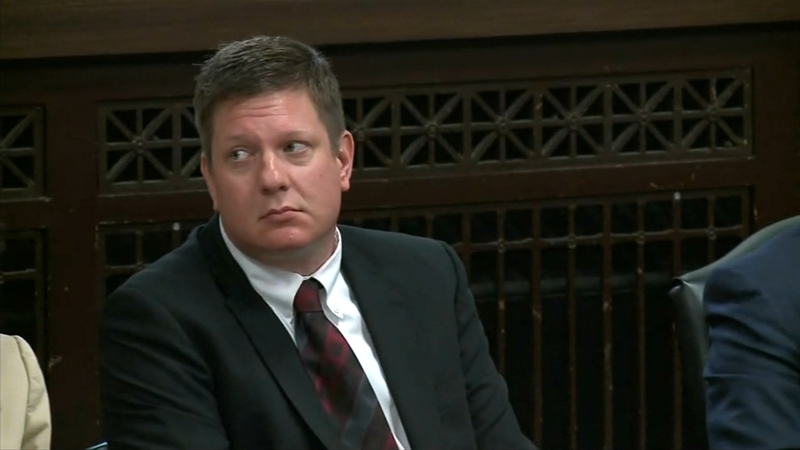 Jason Van Dyke has been hustled away from jail previously, when he bonded out after murder charges were first filed. A similar look is expected Thursday.

City officials held a security check on the phone with concerned business owners and downtown stakeholders to discuss planned protests.

There have been protests and demonstrations at various times since the CPD video of Van Dyke was released, showing him firing 16 times on Laquan McDonald, killing the Black teenager who was carrying a knife while walking away from police.

The protests are scheduled for Thursday and Friday in downtown Chicago.

Thursday's 3:30 p.m. demonstration is being held at Federal Plaza because protesters want to deliver a letter to U.S. Attorney John Lausch demanding federal civil rights charges now be brought against Van Dyke. He is being released after serving the required, less than half portion, of his 7-year state sentence for murder.

Police on the call told business leaders there are no disruptive demonstrations planned at Federal Plaza or at a possible Friday 10 a.m. protest at City Hall, but there will be a sizable police presence after Van Dyke is freed.