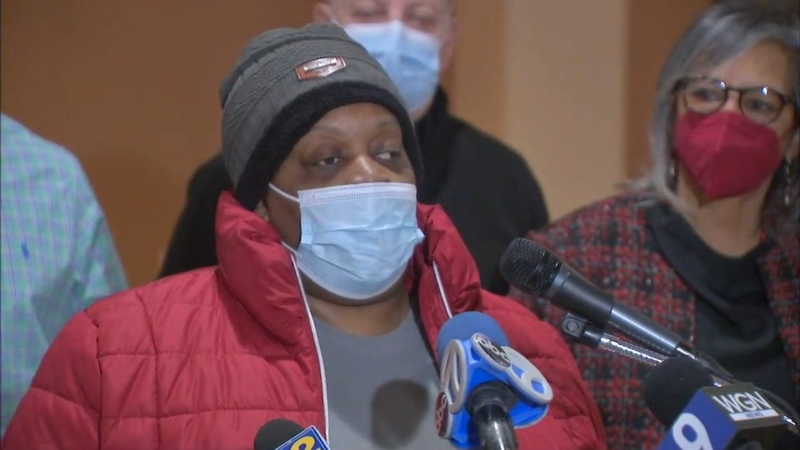 CHICAGO (WLS) -- The grandmother of Laquan McDonald spoke out Thursday at a press conference against the upcoming release of former Chicago Police Officer Jason Van Dyke.

Van Dyke, now in his mid-40s, has been in custody since his conviction in October 2018 on aggravated battery and second degree murder charges for the shooting death of Laquan McDonald. In 2014, Van Dyke shot the Black teen 16 times. Video of the shooting from a police dashboard camera, released more than a year later, was a key piece of evidence in the trial and inflamed public reaction across the country.

Van Dyke was found guilty of second-degree murder and 16 counts of aggravated battery, one count for each shot that hit McDonald.

"Please don't let this man out because he did a hideous crime," Hunter said. "Everybody knows that he killed my grandson...I'm not going to rest or be satisfied until this man does his rightful time."

Van Dyke has spent the last three-plus years in multiple out-of-state prisons and at one point was assaulted while in the general population of a facility in Connecticut. His attorney, Jennifer Blagg, who worked on his appeal said she doesn't know exactly where he'll be released from next month. He is currently in an out-of-state facility in protective custody.