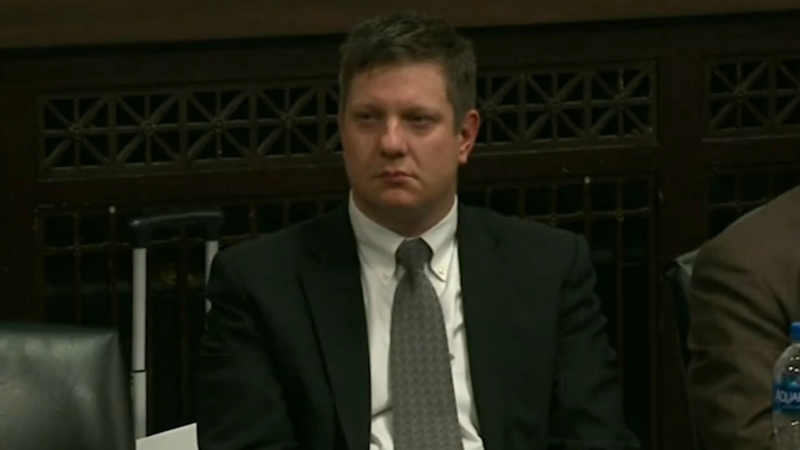 CHICAGO (WLS) -- Former Chicago police officer Jason Van Dyke is about to return to Chicago a free man after serving less than half his sentence for the murder of Laquan McDonald.

Van Dyke was convicted of second degree murder and sentenced to 81 months, or six years and nine months, in prison for shooting and killing McDonald in 2014. But he will have served less than half that when he is released.

"I didn't think he would be out this soon," said juror Charlene Cooke.

Neither did the activists and investigative journalists who fought relentlessly for prosecutors to charge the CPD officer with murder on the job, something they hadn't done in more than half a century.

"The verdict is far more important than the sentence and I'm not sure we'd be in a different place as a city right now if Jason Van Dyke had gotten 12 years or 20 years," said Jamie Kalven, investigative journalist.

If Van Dyke returns here to Chicago, it won't be the same city he once patrolled. The department he was fired from is under a federal consent decree mandating changes in things like transparency, sparked by the fatal shooting he committed and the cover up that followed.

"We are not where we want to be when it comes to police reform and accountability, but we are further along in two plus years of doing this work, than any other city that has been under consent decree," Mayor Lori Lightfoot said.

"They know now that people are really watching everything," Cooke said.

But has it changed enough? She was emphatic.

"Laquan McDonald was not an isolated incident. Jason Van Dyke represents the epitome of everything that's wrong with the Chicago Police Department," said activist William Calloway.