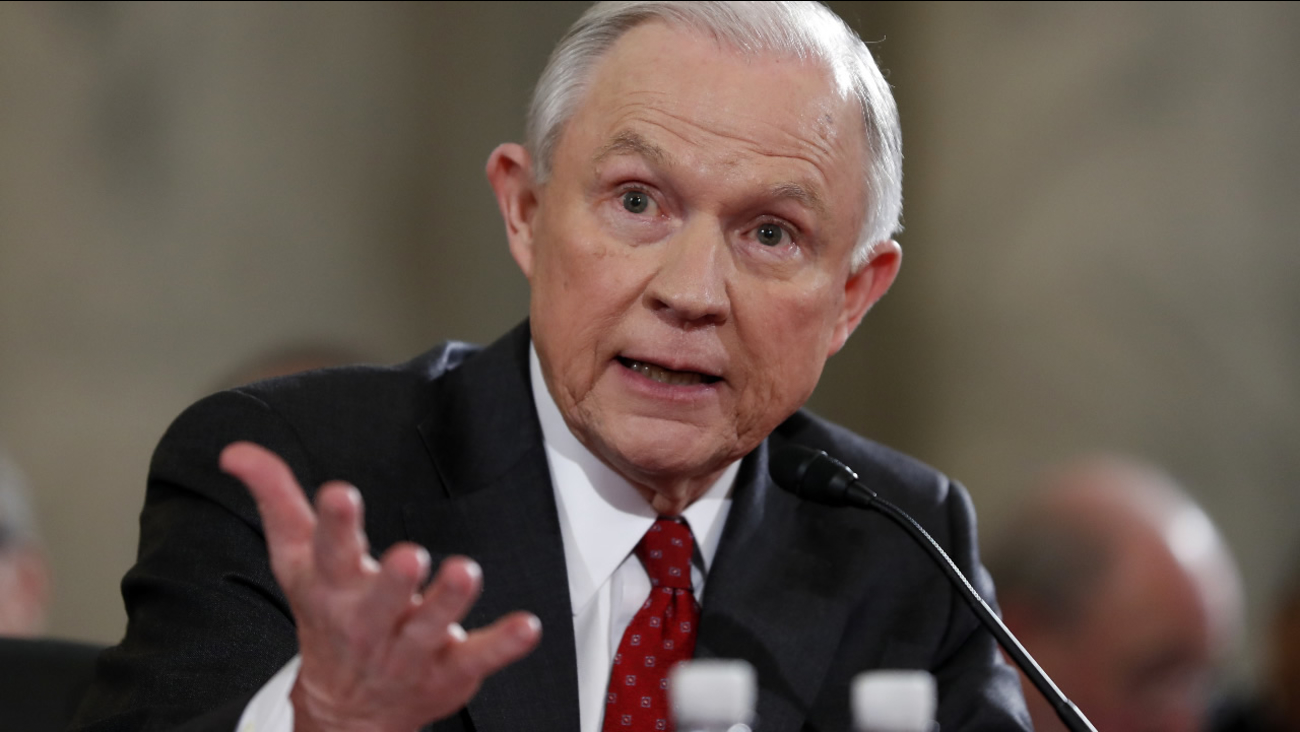 WASHINGTON -- Attorney General Jeff Sessions met with the Russian Ambassador to the US Sergey Kislyak to discuss Trump campaign matters during the 2016 presidential election, according to US intelligence intercepts, The Washington Post reports.

According to the Post, Kislyak told his superiors in Moscow about two conversations he had with Sessions, which included a discussion on policy issues important to the Kremlin. Sessions was a foreign policy adviser to Trump and major campaign supporter at the time.

Sessions originally never disclosed any interactions he had with Kislyak, but a meeting first came to light in March when the Post reported that he met with Kislyak at an event during the Republican National Convention in Cleveland.

Sessions met with Kislyak for a second time during the presidential campaign, this time in his Senate office in Washington. This meeting, in September, also wasn't publicly known until the Post reported about it in March.

The revelations that he had met with Kislyak led to calls for Sessions to recuse himself from overseeing the FBI investigation into potential collusion between the Trump campaign and Russia. Sessions ultimately agreed to step aside from the investigation.

President Donald Trump tweeted about the Post's latest story Saturday morning, saying the leaks of intelligence information, "like Comey's," must stop -- an apparent reference to fired FBI Director James Comey's testimony in June that he gave a memo about his interactions with Trump to a friend and Columbia Law School professor, the contents of which the friend, Daniel Richman, shared with The New York Times. Richman, a former federal prosecutor, has told CNN that the memo was not classified.

"A new INTELLIGENCE LEAK from the Amazon Washington Post, this time against A.G. Jeff Sessions," Trump wrote. "These illegal leaks, like Comey's, must stop!"

A new INTELLIGENCE LEAK from the Amazon Washington Post,this time against A.G. Jeff Sessions.These illegal leaks, like Comey's, must stop!

Justice Department spokeswoman Sarah Isgur Flores said in a statement to CNN that she could not comment on the Post's report on Friday.

"Obviously I cannot comment on the reliability of what anonymous sources describe in a wholly uncorroborated intelligence intercept that the Washington Post has not seen and that has not been provided to me," she said. "But the attorney general stands by his testimony from just last month before the Senate Intelligence Committee, when he specifically addressed this and said that he 'never met with or had any conversations with any Russians or any foreign officials concerning any type of interference with any campaign or election.'"