Police say case is real 'How to Get Away with Murder' 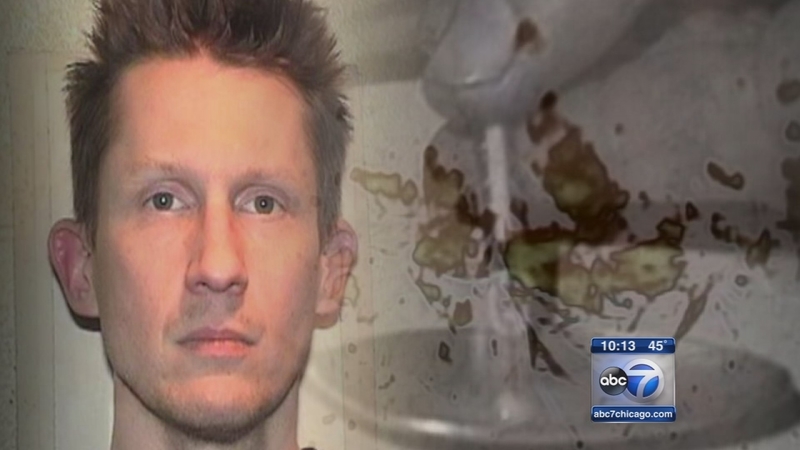 CHICAGO (WLS) -- From the ivory tower of Northwestern University to a bloody basement in Louisville, Ky., Jeffrey Mundt lived a double life.

He was a top official at Northwestern, leading its technology overhaul, but he also nursed a voracious appetite for violent sex and crystal meth.

"He lets friends and co-workers know that he has an alternative lifestyle, that he is a gay male; but what happens behind his closed doors, it's a nightmare," said Sgt. Jon Lesher, Louisville (Ky.) Police Department.

In 2007, Mundt moved to 4th Street in Louisville after suddenly leaving Evanston. He lived there with his 38-year-old boyfriend Joey Banis. During a weekend binge of sex and drugs, Mundt and Banis killed a man there, mangling the body with a sledgehammer to fit in a storage container and buried the pieces in his basement.

But police and prosecutors in Kentucky said Mundt, who declined to comment, got away with murder and is now free. Banis, who is in prison, also declined comment.

"(Mundt) was living this secret life, this life where he was doing drugs, he was counterfeiting money, he was participating in the killing of another individual. As sick as it sounds, I think he was thrilled and loved every minute of that crazy ride," said Ryan Conroy, assistant prosecutor, Jefferson County, Ky.

"Both of them, Mundt and Banis, were the two most diabolical, intelligent individuals I have ever met," said Josh Schneider, assistant county attorney.

On June 17, 2010, Louisville police responded to a lover's quarrel between Mundt and Banis. To stay out of jail, both men offered information about a murder, and they tried to pin it on each other.

Inside the basement of an old Victorian mansion, police eventually found a body in a plastic bin buried beneath the floor.

"The bin was 6 feet down in an old wine cellar. Banis had given us his statement about how they got all of that hard clay, mud material out, used a pick and a shovel and they basically laid it all out and said this is how it was done," Lesher said.

The body of their party-mate Jamie Carroll had been planted in the basement six months earlier, shot and stabbed during a weekend of perversion.

Shortly after the killing, Mundt and Banis came to party in Chicago and were arrested at a downtown hotel allegedly trying to change counterfeit cash with a doorman.

Chicago police say they found $55,000 in fake money and the gun that had been used to kill Carroll.

In Louisville, the men wanted -- and got -- separate trials.

"Both defendants' claims were that they did nothing and that the other person did everything, and that's simply not true," Conroy said.

One jury convicted Banis of murder and he was sentenced to life in prison.

Another jury found Mundt not guilty of murder, convicting him of robbery and tampering, immediate parole.

"Jeff Mundt, for his entire life, had been a law-abiding very successful person. He meets Joey Banis one night. And nine weeks later he's got a body in his basement," Romines said.

Romines argued successfully that Mundt was cajoled into the killing.

ABC7's Chuck Goudie asks: "Did he get away with murder?"

"We certainly argued that he was guilty of a murder and the jury acquitted him of that charge, so one could make that argument, yes," Conroy said.

"Yes, in my mind he got away with murder. Both of them were culpable of this crime, they both had the same, had the same...play. They both did it," Lesher said.

"They're wrong and they need to get out of this business if that's what they say. The jury found him not guilty of murder, and if they believe he got away with murder they should do their jobs better," Romines said.

Mundt is no longer on parole, but does have a warrant for his arrest in Chicago for fraud charges related to using a counterfeit bill and a fake identification from that night at the Hyatt.

Mundt is scheduled to appear in Cook County Court on Nov. 17.