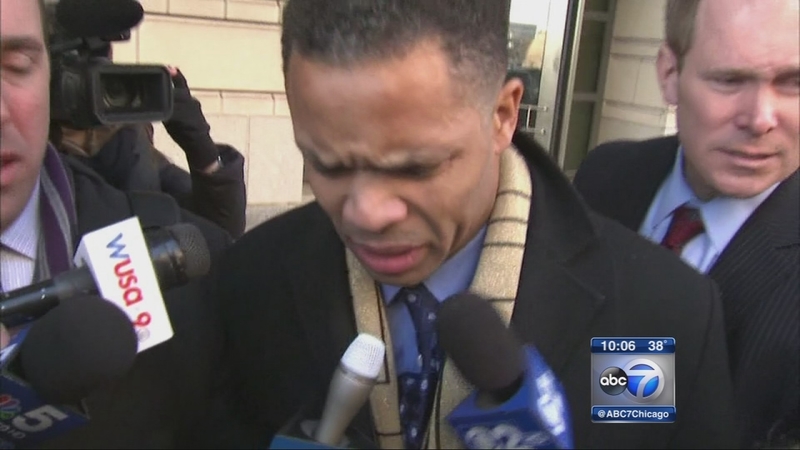 Jackson set to be released from federal prison

MONTGOMERY, Ala. (WLS) -- Former U.S. Rep. Jesse Jackson Jr. is preparing to be released from a federal prison to start the next phase of his life.

Jackson celebrated his 50th birthday two weeks ago, and now, he is about to leave his federal prison camp home in Montgomery, Ala., for a halfway house in Washington, D.C.

His mother and father, wife Sandi, and two children are coming to get him at some point on Thursday. It will be their responsibility to deliver him to the D.C. halfway house where, technically, he is to serve out the remaining six months on his sentence - though in all likelihood, he'll do a portion of that on confinement in his own home.

Former Chicago Ald. Wallace Davis did prison time over two decades ago in a political corruption case. Family support, he says, is critical to starting over.

"I think his most powerful attribute that he has right now is that his whole family is there to greet him and meet with him to ride back with him," Davis said.

Jackson has spent the last year of his life at a federal prison in the middle of an Air Force base. He and over 800 other short-term, non-violent inmates are housed at Montgomery Federal Prison Camp, and it's their job to provide general maintenance to the air base.

Like everyone doing time here, Jackson has lived a regimented lifestyle. Green pants, brown shirt, work boots, sleep in a bunk, wake up at the same time, eat at the same time, stand for daily body counts, store your shoes next to your locker heels out, no whistling in the chow line. You can watch TV in the evening, but an inmate TV committee determines what channel is on. There is no clang of prison bars, but there's no mistaking it is prison.

"His time had been served, and he's coming out and going to a halfway house. I mean, it gives me hope that he is well on his way to starting a new chapter in his life," said DelMarie Cobb, Jackson's former campaign manager.

Cobb is a former advisor and Jackson confidante who believes that while the former congressman likely won't again find himself in public office, he could re-emerge as a voice for public policy.

The length of Jackson's sentence is a sore point with Robert Blagojevich - whose brother, the ex-governor - is still in prison. His point is that Jackson actually spent money that wasn't his, while the former governor talked and got significantly more time.

"My brother, who never personally benefited, and I would argue had no criminal intent... is now in prison waiting for his appeal to be heard. That's not justice. That's not fair. It's disproportionate," Robert Blagojevich said.

Jackson successfully completed a drug and alcohol treatment program, and that automatically slices three months off his 30-month sentence.