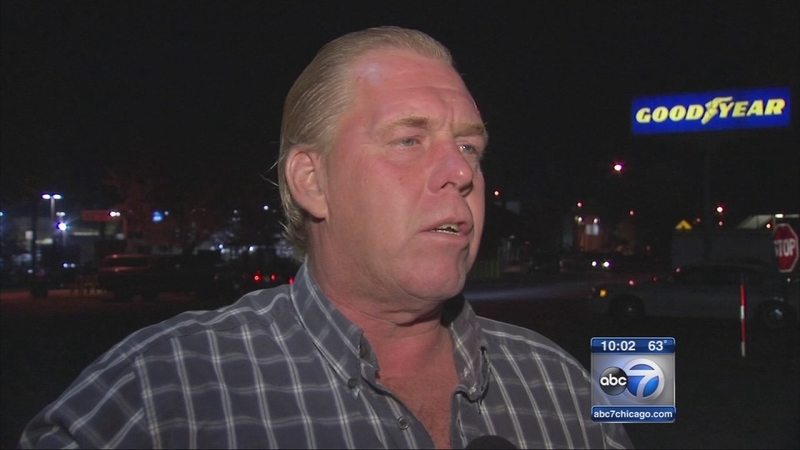 FOX LAKE, Ill. (WLS) -- One of three men questioned by police in the shooting death of Fox Lake Lt. Joe Gliniewicz - which an investigation found was a "carefully planned" suicide - told his story exclusively to ABC7.

For weeks, Fox Lake was on edge. Residents wondered if there were three cop killers in their midst, described as two white men and one black. Now, it appears Gliniewicz did in fact spot three men fitting that description, and they were ultimately cleared by a restaurant receipt.

Few are more relieved than Thomas Corso that the Gliniewicz case is resolved.

Corso believes he and two friends - one of whom has dreadlocks, and the other a light-skinned Hispanic - are the three men Gliniewicz referenced in his final radio call.

"I'm out near the old concrete plant checking out two male white a male black," Gliniewicz said over the radio on Sept. 1.

"There was a great possibility that Lt. Gliniewicz may have driven by those three individuals on his way to that scene," said Cmdr. George Filenko, Lake County Major Crimes Task Force.

On the morning of the shooting, Corso said he and his friends were at a gas station to use the ATM. He believes Gliniewicz spotted the three as they left and walked along Route 12.

Corso said they went to a diner for breakfast and when they came out, it was mayhem.

"There's helicopters swarming all over the place. People are telling me there's a manhunt going on," Corso said.

Days later, Corso said he was picked up by authorities and questioned at Fox Lake police. His friends were also interviewed.

"I had nothing to do with it, and I told them that," Corso said.

What may have ultimately eliminated them as suspects was their restaurant receipt from the diner and witness statements placing them there at the time of the shooting.

"I can tell you succinctly they have rock solid alibis," Cmdr. Filenko said.

Now, Corso blames Gliniewicz for what he went through.