From 'F9' to 'The Suicide Squad' to 'Vacation Friends,' John Cena spends summer on the big screen 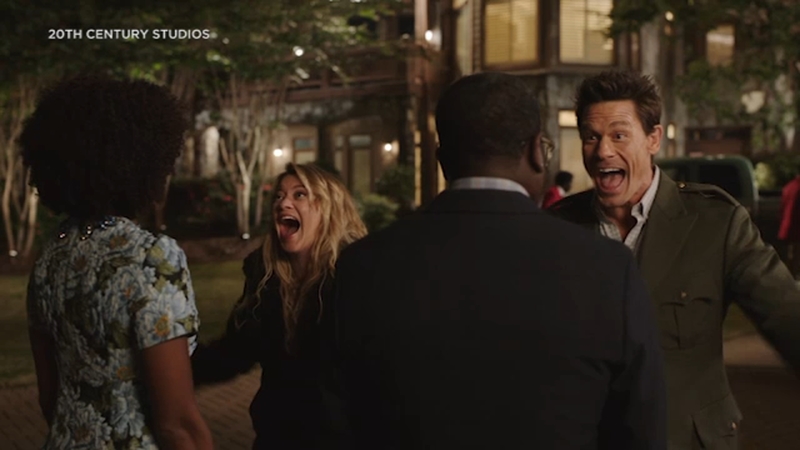 Take a wild trip with John Cena on 'Vacation Friends'

HOLLYWOOD -- John Cena is a wrestling superstar who now seems to have a hold on movie audiences - from "F9" to "The Suicide Squad" to his latest outing: the outrageous and very R-rated "Vacation Friends."

The movie is about two couples who meet while vacationing south of the border. One couple is reckless and wild but generous and loyal. The other...much more traditional.

"It's an entertaining ride. The movie's called 'Vacation Friends.' I think everyone has a conceptualization of what that means," said Cena. "And, course, it's a comedy so we take it to an absurd level. And then those moments of ridiculousness happen very spontaneously and you never know what you get out of them."

Yvonne Orji co-stars in the comedy.

"That's the power of humor, right? To bend all the yuck that's going on in our lives is just like, give us a moment of respite. I love it!" said Orji. "John is a consummate professional. He's was so gracious and so good to work with. He is the real deal, like, how he shows up, what you think about him, he's that guy. And it's from a genuine place."

"When someone else makes a choice to invest in you, I never know where the origin of that investment lies. All I know is that it's an opportunity and it's mine to make the most of or squander," said Cena.

John Cena says he's not afraid to take chances, and was happy and humbled to say yes to joining the tightknit cast and crew of the 'Fast & Furious' franchise with 'F9.'