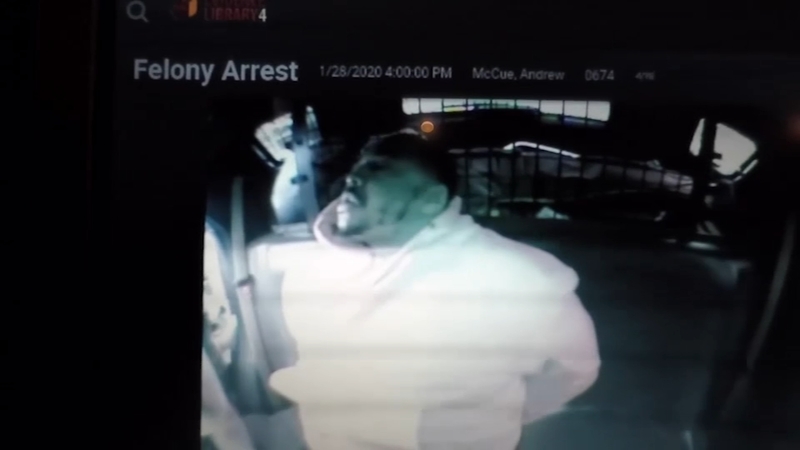 JOLIET, Ill. (WLS) -- There is outrage in Will County after a man arrested during a drug investigation died in police custody, and video of that arrest was leaked out by a Joliet police sergeant.

Family and friends of Eric Lurry rallied Wednesday against what they're calling a coverup.

"This is absolutely horrifying for me to deal with," said Nicole Lurry, widow.

It's been nearly six months since Eric Lurry died at a hospital a day after being arrested during a drug sting on January 28. Her pleas for information are just now starting to get attention.

Last weekend, Lurry saw footage of her husband being slapped and sworn at by a Joliet police officer. Joliet police say the video was leaked by Sgt. Javier Esqueda, who is now on administrative leave.

"I'm glad the whistleblower leaked the video," Lurry said. "I came down here to Joliet PD trying to get police reports, trying to get any information, and could not get one piece of information."

In an extensive statement, Joliet's police chief said in part, "Eric Lurry's death was caused by the ingestion of fatal amounts of heroin, fentanyl, and cocaine, and did not result directly from any action or inaction by an officer of the Joliet Police Department."

"Choking and holding someone's nose for a minute and 38 seconds is not in anybody's bylaws to do," said Stringer Harris, community activist. "The family wants justice. The community wants justice. And we want it now. We don't want it later, we want it now."
Report a correction or typo
Related topics:
jolietfentanylprotestdashcam videodeath in custody
Copyright © 2021 WLS-TV. All Rights Reserved.
More Videos
From CNN Newsource affiliates
TOP STORIES