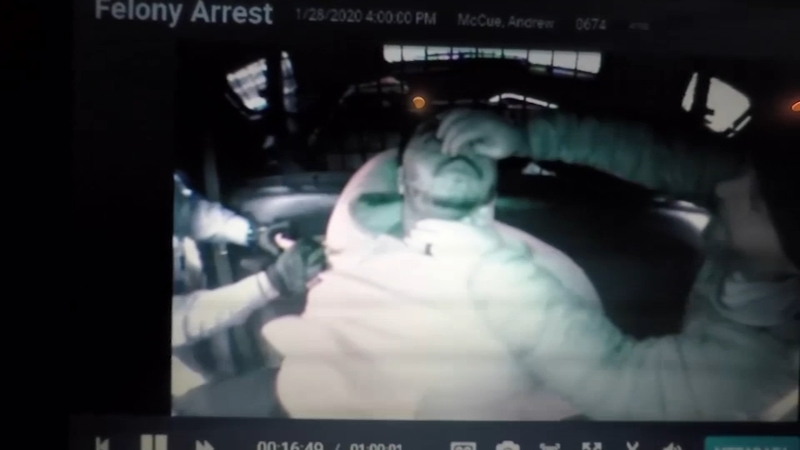 JOLIET, Ill. (WLS) -- One day after Joliet police released three videos they describe as the unedited dashcams related to Eric Lurry's death, his family says police are still not telling the entire story.

Lurry's widow blasted the release as too little too late, and still incomplete.

"They clearly did something to turn off that audio and they knew when to do it because in the second video they released yesterday, the audio clicks back on when they are following Eric back to the hospital," said the family's attorney, Mike Oppenheimer.

Lurry died January 29th, one day after being arrested by Joliet police during an undercover drug operation. The coroner ruled his cause of death to be a drug overdose. But, it was called into question after dashcam video of Lurry inside the squad car was leaked by a whistleblower a few weeks ago.

In the video, an officer is seen holding Lurry's nose for one minute and 38 seconds. Then another inserted a collapsible baton into his throat, removing several plastic bags from this mouth that police say contained drugs.

The videos released Tuesday add some context to the encounter, as officers are shown attempting to resuscitate an unconscious Lurry, dragging him out of the squad.

A second camera angle appears to show officers on the outside working on him until an ambulance arrives 15 minutes later. A third camera shows a squad car following Lurry to the hospital.

An investigation by the Major Crimes Task Force and the Will County State's Attorney's Office has cleared the officers involved of any wrongdoing. The whistleblower has been placed on desk duty for improperly releasing the initial video.

Meanwhile, the mayor of Joliet is calling for the Illinois Attorney General's Office to investigate.

"I love him and I miss him everyday," said Lurry's wife, Nicole Lurry. "I want justice for my husband Eric, and I want it now."

Joliet police have not responded to queries regarding the missing audio.