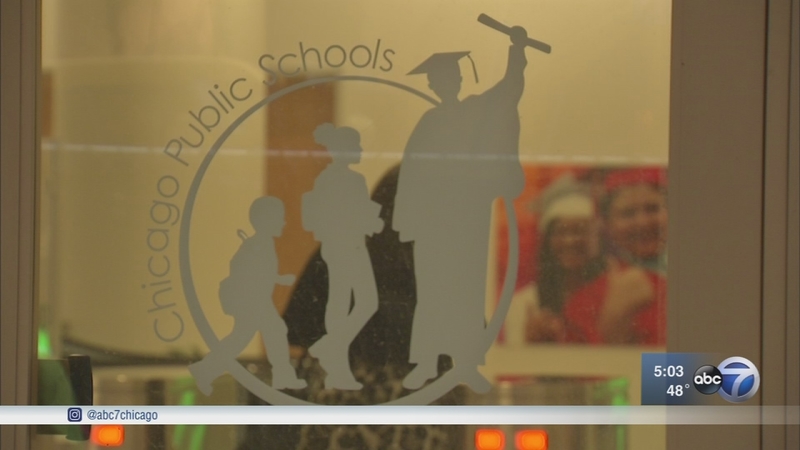 While CPS' predominantly black and Latino children made up 20% of Illinois public school students the district claimed it received only 15% of the money the state appropriated for education.

Claypool called the alleged racial discrimination "insidious" and the district's chief education officer called it "deliberate," as they announced the lawsuit that named Governor Bruce Rauner among the defendants:

"It is unlawful to fund the educations of poor African-American and Latinos at levels significantly below those of the predominantly white children in the rest of the state of Illinois," Claypool said.

The governor--who assumed office two years ago--accused CPS of mismanaging state as well as local taxpayer monies. He formed a commission to study and recommend changes in the state's school funding formula and said his administration did more for education than his Democratic predecessors.

"Since Governor Rauner has come into office two years ago he has raised pre-k through 12 funding by over $700 million," Beth Purvis, secretary of education, said.

"He has cemented this racially discriminatory system so he's helped perpetuate it through his actions," Claypool said.

Outside of the news conference, several dozen Lindblom students blamed Claypool for the district's fiscal issues and for not taking legal action sooner.

"Why did it have to take this long to get there? Why do we have to do this in order to get attention to our education? Why?" Jasmine Romero, a CPS student, said.

While the lawsuit is not likely to be decided quickly, CPS is facing layoffs and classroom cuts to make ends meet this year.

"I want to reinforce the urgency of what's happening today and that this really is our last stand," Janice Jackson, CPS chief education officer, said.

The CPS action is similar to a pending lawsuit filed several years ago by the Chicago Urban League alleging funding discrimination.

Meanwhile, the Chicago Teachers Union president, Karen Lewis, was skeptical. She called it "a fake fight," noting that the conversation about funding inequality is many years old.

The governor's office said, "CPS received $74 million over and above what they should have in FY16 even though they had declining enrollment, fewer kids in poverty and rising property values. In addition, they also received $250 million in a block grant that no other district in the state receives. In all, they received more than $324 million more than any other district in Illinois."
Related topics:
educationchicagobruce raunerschool fundingillinois budgetcps
Copyright © 2021 WLS-TV. All Rights Reserved.
RELATED
CPS to freeze $46 million in school spending
TOP STORIES
Zion mother of 2 killed by apparent stray bullet: police
Alec Baldwin fired gun that killed 1, injured 1 on 'Rust' movie set
Man admits to throwing wife's body out of plane after killing her
2 dead after shootings, carjacking on NW Side
CDC endorses booster doses of Moderna, J&J vaccines
Remains found in Florida park ID'd as Brian Laundrie, FBI says
Chicago Weather: Cool with some sun Friday
Show More
Amber Alert: Boy, 3, found dead week after mother's murder
IL Supreme Court tosses Cook County tax on guns, ammunition
Chicago aldermen file ordinance to repeal COVID vaccine mandate
What's driving the pay gap in Illinois?
Where do Illinois state workers stand with vaccine mandate?
More TOP STORIES News