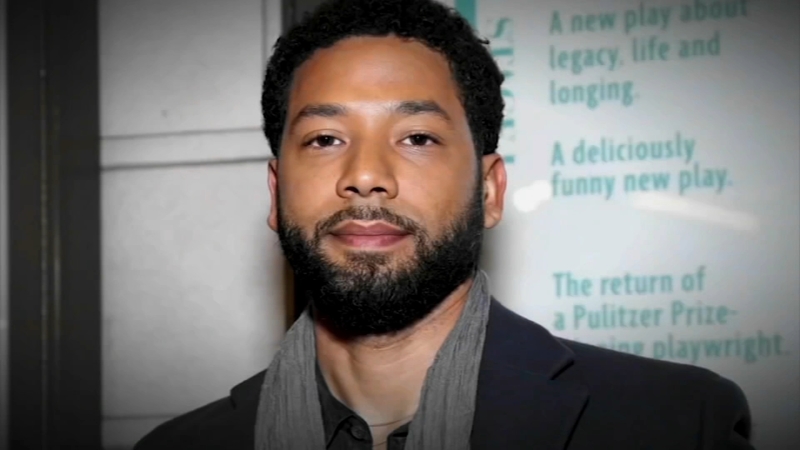 CHICAGO (WLS) -- A lawyer for actor Jussie Smollett has issued a response to the city of Chicago's threat to sue the actor.

The City of Chicago's Law Department has threatened to file a civil suit against Smollett after he failed to meet a city-demanded deadline to pay more than $130,000 for the investigation into what police say was a staged attack.

In a letter, Los Angeles attorney Mark Geragos writes that Smollett "will not be intimidated."

He said if the city sues his client, he will insist on deposing Mayor Rahm Emanuel and Police Superintendent Eddie Johnson and will demand the "entire investigation file."

"In light of their apparent vested interest in this matter, we are confident that Mayor Emanuel and Superintendent Johnson will not object to providing testimony under oath," Geragos wrote in the letter.

The city's law department said it is drafting a civil complaint that will be filed in the Circuit Court of Cook County in the near future. The city said it will pursue the full measure of damages allowed under the ordinance.
Read the city's full letter to Smollett's team here

"This is a reasonable and legally justifiable amount to collect to help offset the cost of the investigation," said Bill McCaffrey, a spokesperson for the Department of Buildings.

"Given that he doesn't feel any sense of contrition and remorse, my recommendation is that when he writes the check, in the memo section, he can put the words, 'I'm accountable for the hoax,'" Mayor Rahm Emanuel said last week.

Smollett's legal team fired back at Emanuel's comments, issuing a statement saying, "It is the Mayor and the Police Chief who owe Jussie - owe him an apology - for dragging an innocent man's character through the mud. Jussie has paid enough."

Smollett had been charged with 16 counts of felony disorderly conduct for allegedly lying to police about a January attack in Chicago's Streeterville neighborhood, which police say Smollett staged on himself because he was unhappy with his "Empire" salary. All charges against him were dropped in exchange for community service and forfeiture of his $10,000 bond payment.

What exactly happened in court just before the charges were dropped remains unknown as all records pertaining to the case have been sealed.

Cook County State's Attorney Kim Foxx is expected to appear at a news conference Saturday at the Rainbow PUSH coalition. Her supporters are expected to call for an end to what they call "politically-motivated attacks" against Foxx, who has faced criticism over the decision to drop charges against Smollett.