"Out of an abundance of caution, the decision to recuse herself was made to address potential questions of impartiality based upon familiarity with potential witnesses in the case," a spokeswoman told ABC News via email.

First Assistant State's Attorney Joseph Magats will act as the state's attorney for this matter, a spokeswoman for Foxx's office said.

"Maybe I should have just recused myself from the difficult cases that came across my desk when I was State's Attorney. I was under the impression that when the voters elected me and I took my oath of office it meant I had to do my job."

Alvarez lost the March 2016 Democratic primary to Foxx, after fallout from the Laquan McDonald shooting investigation.

20th Century Fox Television and Fox Entertainment issued this statement Wednesday: "Jussie Smollett continues to be a consummate professional on set and as we have previously stated, he is not being written out of the show."

Earlier Tuesday, a tip that Smollett was seen on the night of his attack with two brothers who were arrested and later released without charges was deemed "unfounded" by Chicago police, according to CPD spokesman Anthony Guglielmi.

Smollett reported in January that he was attacked by two masked men who hurled racist and homophobic slurs at him, beat him and looped a rope around his neck in Chicago's Streeterville neighborhood.

An unknown person who lived in Smollett's building or was visiting a resident of the building reported seeing the three men together in an elevator in the building on the night in question, Guglielmi said.

The tip was not supported by video evidence obtained by detectives, Guglielmi tweeted Tuesday evening.

Hours earlier, the brothers and their lawyer were seen at the Leighton Criminal Court Building. The attorney was seen leaving about 3:45 p.m. without comment. Chicago police told ABC News that the brothers met with prosecutors and police but did not testify before a grand jury Tuesday.

On Monday, a law enforcement official briefed on the investigation told ABC News that the brothers told police that Smollett staged the attack on himself because he was upset a threatening letter he received a week prior did not get enough attention.

Detectives are actively investigating the allegation, but have not confirmed it to be true, the official said.

Chicago police said this weekend that they are "eager" to re-interview Smollett after releasing the two brothers, who were initially identified as persons of interest in the alleged attack. A spokeswoman for Smollett said his attorneys are talking to police.

The brothers, who are not considered suspects in the attack, also told police that they were paid to stage the attack, the official said.

"We are not racist. We are not homophobic and we are not anti-Trump. We were born and raised in Chicago and are American citizens," the brothers said in a statement.

Chicago police are investigating whether "Empire" actor Jussie Smollett may have staged his attack on Jan. 29 in Chicago.

The FBI and the U.S. Postal Inspection Service are investigating the letter, which was sent to the Chicago studio for "Empire" on Jan. 22, and whether Smollett played a role in sending the letter, two federal officials confirmed to ABC News. The letter is currently in the FBI crime lab for analysis, according to one of those sources.

Last week, Smollett sat down with Good Morning America's Robin Roberts and spoke about the letter.

"Just because on the letter, it had a stick figure hanging from a tree with a gun pointing towards it with the words that said, 'Smollett, Jussie, you will die, black (expletive),'" Smollett said. "There was no address, but the return address said in big, red, you know, like caps, 'MAGA.' Did I make that up too?"

After the police department investigated Smollett's attack for weeks as a possible hate crime, they discovered that one of the brothers bought the rope to be used in the attack at a local hardware store. The Chicago Sun-Times reports the store was the Crafty Beaver hardware store in Ravenswood.

"As a victim of a hate crime who has cooperated with the police investigation, Jussie Smollett is angered and devastated by recent reports that the perpetrators are individuals he is familiar with. He has now been further victimized by claims attributed to these alleged perpetrators that Jussie played a role in his own attack. Nothing is further from the truth and anyone claiming otherwise is lying.

"One of these purported suspects was Jussie's personal trainer who he hired to ready him physically for a music video. It is impossible to believe that this person could have played a role in the crime against Jussie or would falsely claim Jussie's complicity.


A CPD spokesman said Sunday, "While we are not in a position to confirm, deny or comment on the validity of what's been unofficially released, there are some developments in this investigation and detectives have some follow-ups to complete which include speaking to the individual who reported the incident."

ABC7 Eyewitness News also learned Tuesday that Smollett pleaded no contest to DUI, driving without a license and providing false information to law enforcement in Los Angeles in 2007. He was sentenced to two years of probation and either spent three days in jail or paid a fine of $100 for the three misdemeanor charges, according to the LA city attorney's office, though it's unclear which option he chose.

If convicted of filing false police report, which is a felony in Illinois, Smollett could face up to three years in prison.

Also Tuesday, a group of mothers who lost their sons to violence and whose cases remain unsolved gathered to speak out about the amount of resources dedicated to the Smollett case rather than their sons' unsolved cases.

"I'm just calling on Chicago police today to listen to our words and listen to what we are talking about today," said Sheila Rush, whose son was murdered. "Like I said, it's been nine years and I want justice."
Report a correction or typo
Related topics:
chicagostreetervillecelebrityattacktelevisionu.s. & worldinvestigationchicago police department
Copyright © 2021 WLS-TV. All Rights Reserved.
More Videos
From CNN Newsource affiliates
TOP STORIES 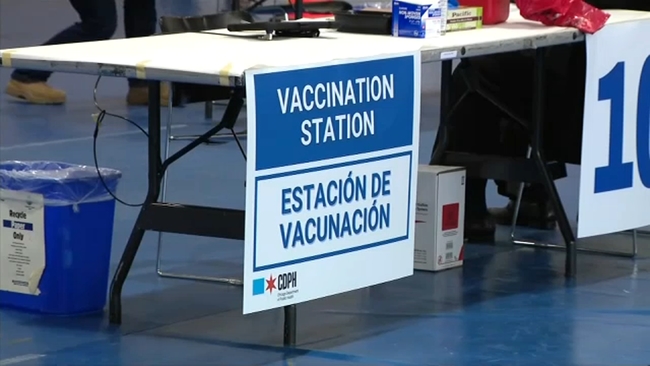