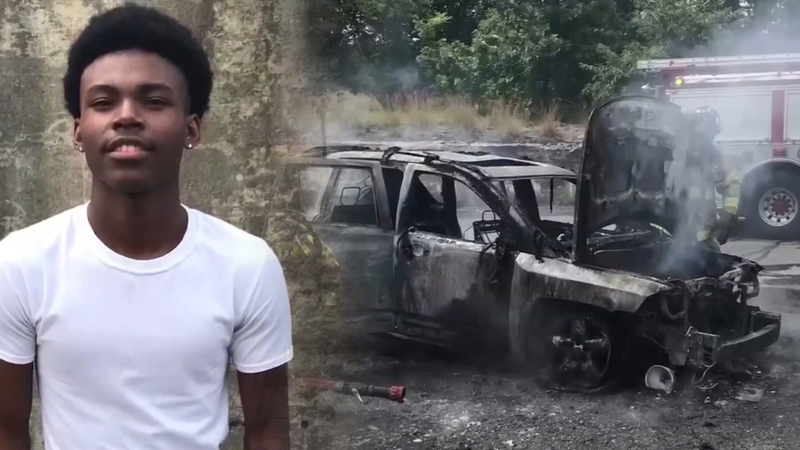 WATERBURY, Conn. -- A Connecticut teen is being hailed a hero after saving the lives of four people trapped inside a burning vehicle. Three of them were small children.

When the car became engulfed in flames there was even a 1-year-old inside.

But one thing prevented a tragedy -- and his name is Justin Gavin.

"Life is too short, so I just thought if that was me in that situation, I would want someone to help me so I definitely did what I can do," he said.

The 18-year-old was walking down a street in Waterbury when a flaming car rolled to a stop.

A young woman was driving with three kids in the back seat.

Justin was terrified but rushed to help anyway.

"I was scared because I didn't know whether the car was going to blow up in that instant," he said. "I grabbed the baby and the two little girls out of the car and I helped her out of the car."

The driver told police Justin saved all of their lives.

Hours after the dramatic rescue, the police chief presented Justin with a challenge coin -- one of the city's highest honors.

"It's just to acknowledge this heroic act that you conducted today and just a token of my appreciation for you being a great member of this community," Waterbury police chief Fernando Spagnolo said.

"The police chief told me whenever I feel like I need some courage or some type of way like brave or something like that always just look back at the coin and think of that day," Justin said.

Chris Tofte talks about losing his son Wyatt in an Oregon wildfire.