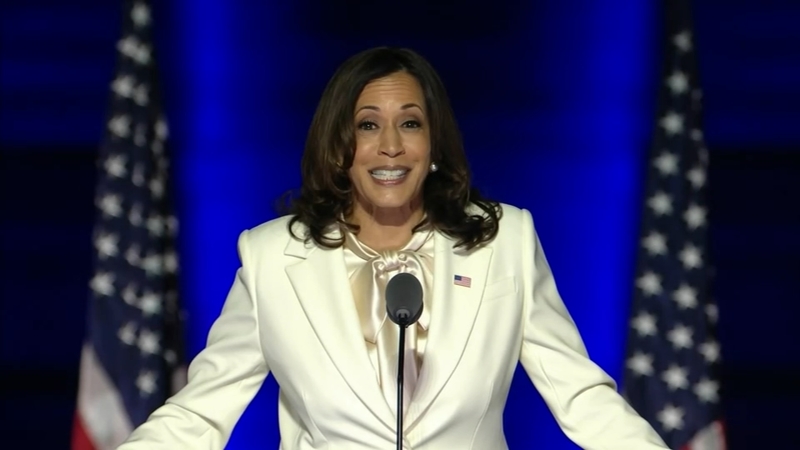 CHICAGO (WLS) -- Hundreds of thousands of Senator Kamala Harris' sorority sisters are celebrating her historic win, as she is set to become the first woman and first person of color to serve as vice president.

The national headquarters of Alpha Kappa Alpha Sorority, Inc. They have been holding virtual board meetings on Saturdays during the pandemic. This weekend there was an abrupt interruption.

That interruption was members learning one of their own was officially named Vice President-elect. Harris pledged at AKA's founding chapter at Howard University in Washington D.C.

"We had to take a break because people were so elated and emotional about it," Bowen said. "It is a proud moment."

Ty'Kira Dubose pledged AKA at University of Illinois and is now in graduate school at Howard. The first in her family to graduate from college, she said she sees herself in Harris' election and now can see her future in an even brighter light.