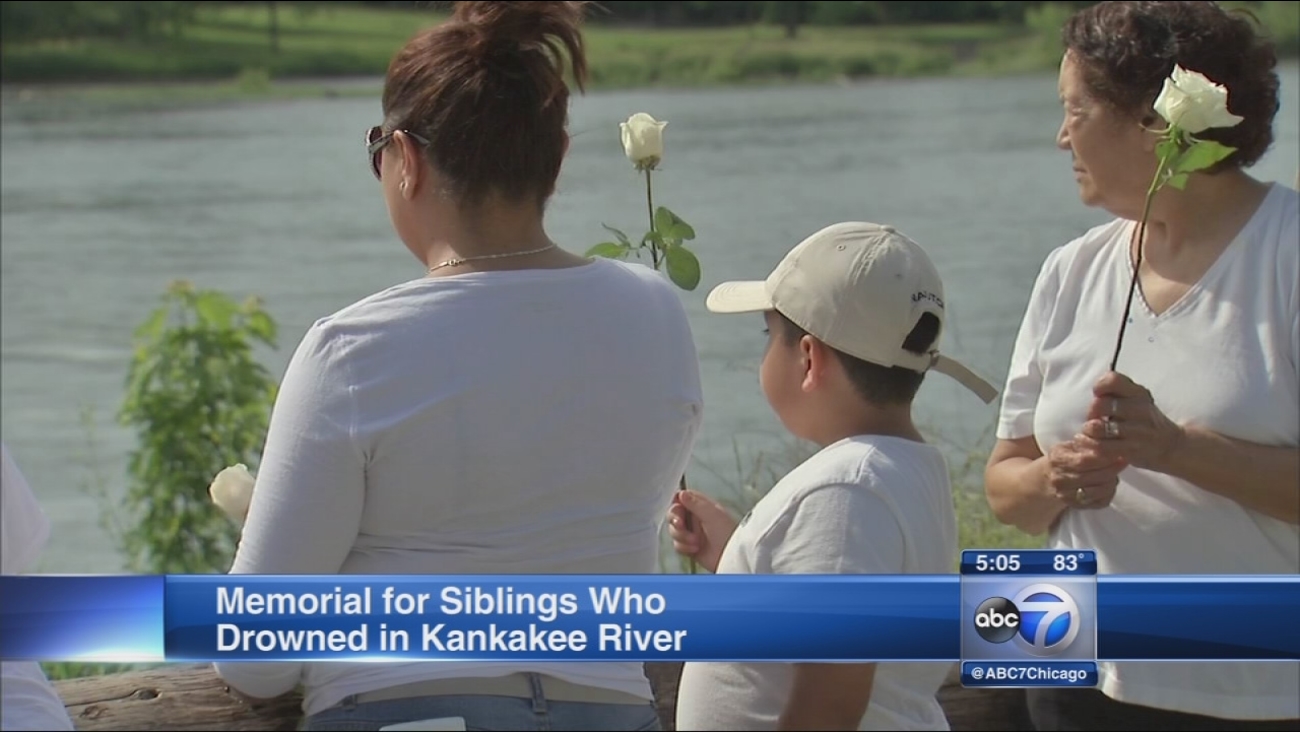 Family and friends gathered at the site where a brother and sister drowned over the holiday weekend. (WLS)

WILMINGTON, Ill. (WLS) -- The Joliet family whose two young children drowned after being pulled underwater at the Wilmington Dam on the Kankakee River filed a wrongful death lawsuit against The City of Wilmington.

Eder Arroyo, 12, was pulled underwater into the Kankakee River at the Wilmington Damn over Memorial Day weekend. His 13-year-old sister Abigail Arroyo went in to try and save him but was swept underwater by the dam's undercurrent. Abigail died at a Joliet hospital, Eder's body was found days later. The family has now filed a lawsuit.

The family attorneys say they hope by filing the suit, changes can be made that will make the dam and surrounding areas safer.