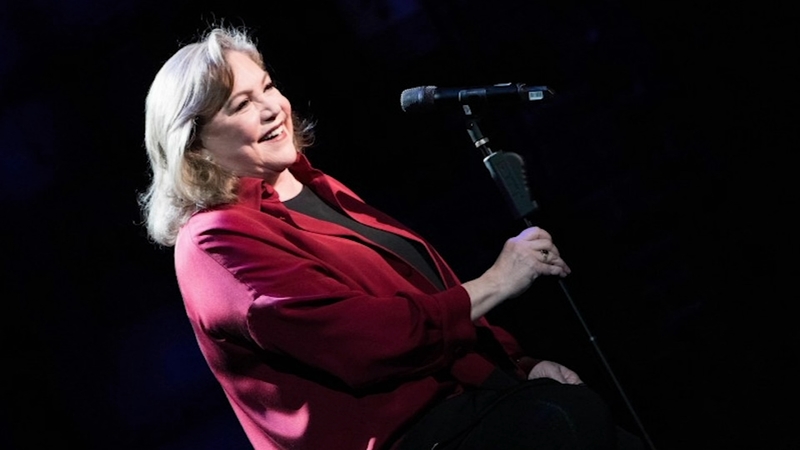 CHICAGO (WLS) -- Kathleen Turner will perform a one-woman show spanning her career and life in Chicago this weekend.

ABC7's Janet Davies talked to the actress about "Kathleen Turner: Find My Voice."

The 1981 film "Body Heat" propelled a young Kathleen Turner on the path to become a big screen legend. At 65, that path has led to a one woman show which doesn't hold back.

"I talk about growing up and how I started acting 42 years ago; then into present-day projects and the wild variety of work that I do," Turner said, describing the first act. "The second act will start with "Brother Can You Spare A Dime" and we will get some political things, what I believe in.

Song and spoken word take playgoers through Turner's life as a diplomat's daughter living her career that skyrocketed, rheumatoid arthritis, which affected that career, and the roaring back with roles that constantly keep her busy.

"This past half year I did "A Hill Woman" for Dolly Parton and I did the New York Metropolitan Opera, now c'mon, this is pretty cool contrast," Turner said.

In 1991, Turner starred in the show V.I. Warshawski, created by Hyde Park author Sara Paretsky. Turner did her own stunts in her role as a Chicago detective.

"If it weren't so cold and so hot, I could really live here, but I remember diving into Lake Michigan one November for VI Warshawski, and I swore I would never do that again," Turner said.

Turner said she'll return to Chicago to play the part she really wants.

"Kathleen Turner: Finding My Voice" runs November 15 and 16, at the Broadway Playhouse.