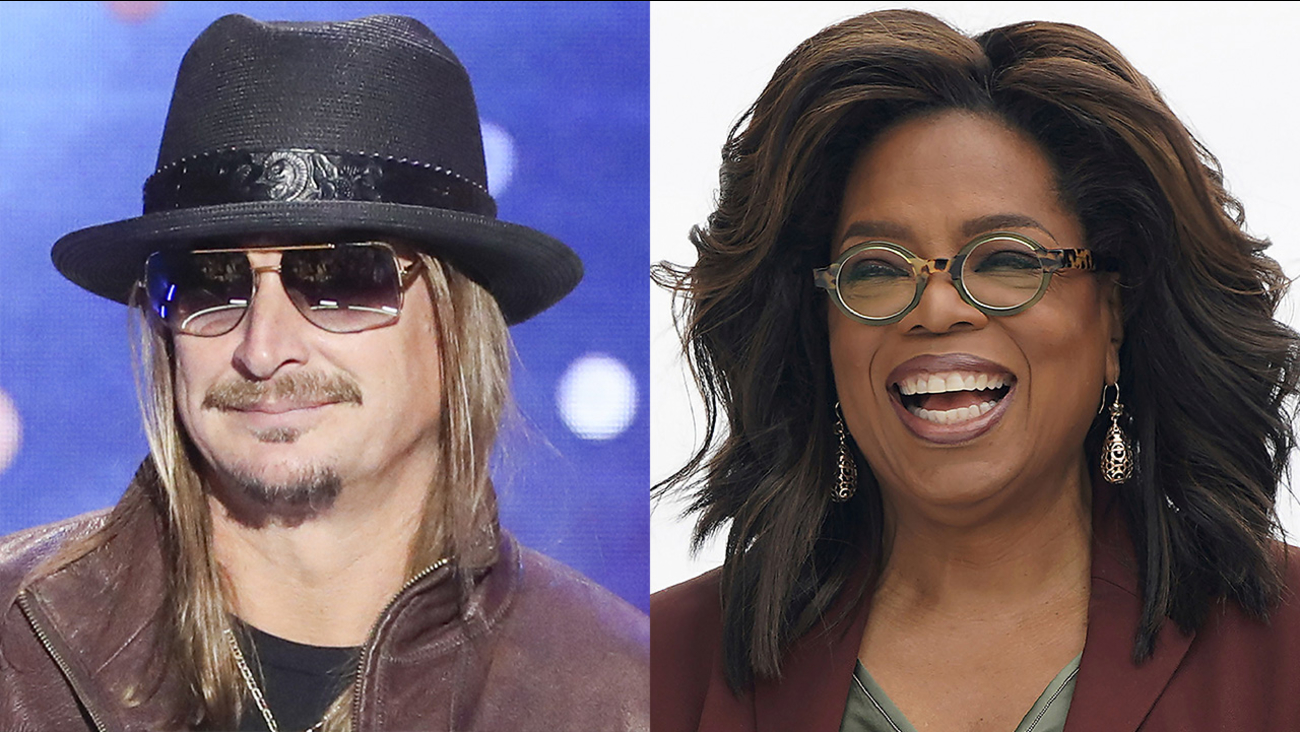 A Kid Rock-owned restaurant in Detroit will close, and this announcement comes days after video surfaced showing Kid Rock ranting against Oprah Winfrey.

The severing of ties between the suburban Detroit-born musician and Ilitch Holdings came days after video surfaced showing Kid Rock ranting against Oprah Winfrey, though neither party tied the parting to the video or the backlash that followed. The split also points to a widening estrangement between Kid Rock and the city he calls home.

"I appreciate all who have patronized our place and still have much love for the city of Detroit and the people/organizations that I have helped there for years, black, white, whatever, but learned long ago, go where you're celebrated, not tolerated," he wrote Wednesday on Facebook.

Kid Rock's Made in Detroit opened in 2017 in Little Caesars Arena, which is home to the NHL's Red Wings and the NBA's Detroit Pistons.

Chris Granger, group president of sports and entertainment for Ilitch Holdings, said in a statement that Kid Rock "voluntarily decided" not to renew the deal for the restaurant that expires in April. He said the Ilitch organization has been in contact with the musician.

The Ilitch statement said its "venues are open, inviting, inclusive and respectful to all."

A spokesman for Kid Rock didn't immediately reply to a message seeking comment.

Apparent cellphone video obtained by TMZ shows Ritchie onstage last month at his steakhouse in Nashville, Tennessee, using graphic language to convey his dislike of Winfrey and Joy Behar, one of the hosts of the ABC talk show "The View."

The video later shows Ritchie -- who appeared to be sitting on the edge of the stage -- being lifted up by security or police officers.

Some viewed Ritchie's rant as racist, including the Rev. Charles Williams II, who is the president of the National Action Network's Michigan chapter. He called Ritchie's behavior "unacceptable." On Wednesday, his group criticized Ilitch Holdings for allowing Kid Rock's restaurant to ever open in the arena and called on the company to replace it with a minority-owned, "culturally competent restaurant."

"He says he represents Detroit, but yet he uses this ... rant to throw belligerent statements toward Oprah Winfrey," Williams said. "She does not deserve some low-life racist punk rock star to make these types of statements toward her and toward this community. That's why we say good-riddance."

In his Facebook post, Ritchie wrote: "I may be guilty of being a loud mouth jerk at times, but trying to label me racist is a joke, and actually only does a disservice to the black community, which I have supported my entire life, by trying to alienate myself and many others."

It's not the first time Ritchie has gone after Behar, who is white. Last year, he used an expletive to describe the TV host during an interview on "Fox & Friends."

Ritchie also has been criticized in past years for displaying the Confederate flag onstage during performances.

The National Action Network asked General Motors in 2015 to cut financial ties with Kid Rock's summer concert tour if he continued displaying the flag during performances.

In 2011, the National Association for the Advancement of Colored People branch in Detroit honored Ritchie for his philanthropy.

"I've never flown that flag with any hate in my heart," Ritchie told a crowd attending the organization's annual fundraising dinner that year. "Not one ounce."

The head of the Detroit NAACP, the Rev. Wendell Anthony, said in a news release Tuesday that the comments Ritchie made in Nashville were "evil and divisive" and that "some have even called them racist as Oprah Winfrey was called out during the tirade."

Anthony said some believe taking back the honor "would be a nice, symbolic gesture."

"We respect everyone's right to their own opinion," Anthony said. "However, symbolism without substance still cries out for fulfillment. Rather than go back to 2011, we seek to go forward to 2020 and beyond."