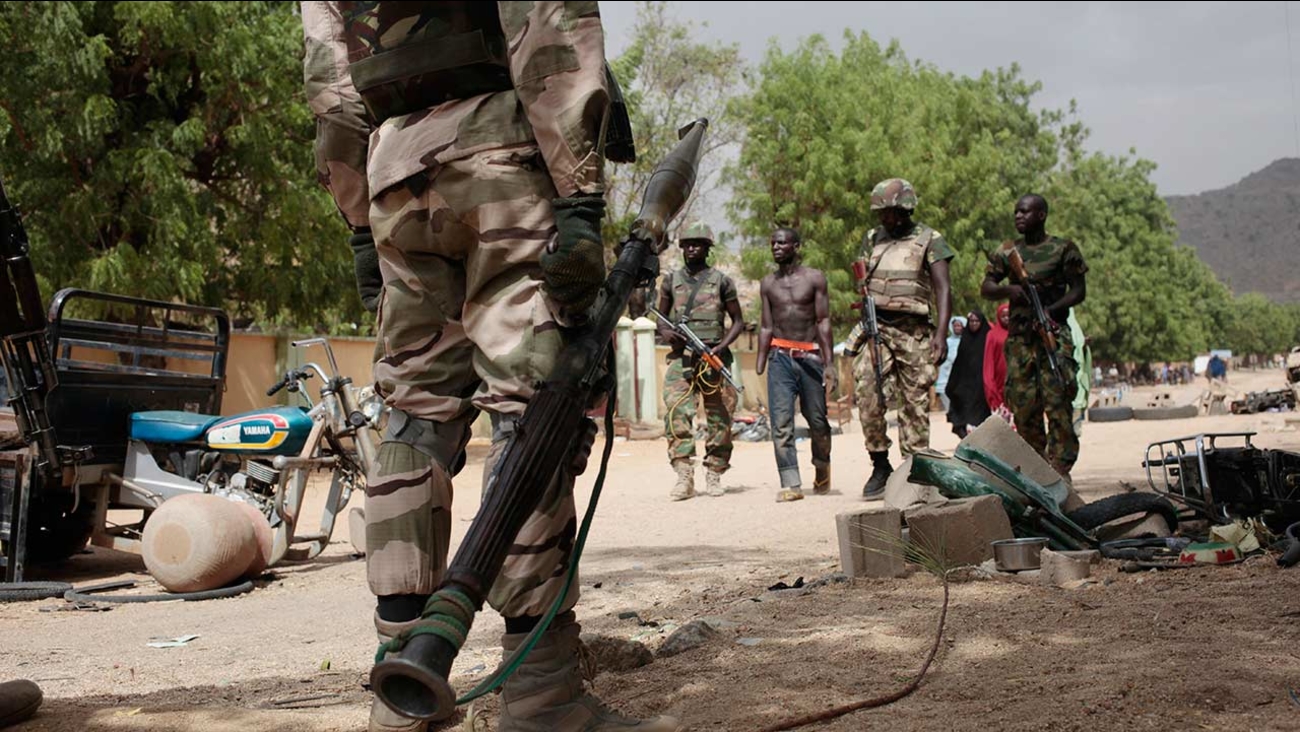 Soldiers escort Hassan Usman, a forced laborer for Boko Haram who had his hand amputated by the Islamic extremists for allegedly stealing fuel in Gwoza, Nigeria. (AP Photo/Lekan Oyekanmi)

LAGOS, Nigeria -- Nigeria's military says it has rescued 200 girls and 93 women from Boko Haram in the northeastern Sambisa Forest but they do not include any of the schoolgirls kidnapped a year ago from Chibok.

The army announced the rescue on Twitter Tuesday and said it is now screening and profiling the girls and women.

Army spokesman Col. Sani Usman told The Associated Press that troops destroyed and cleared four militant camps and rescued 200 abducted girls and 93 women "but they are not the Chibok girls."

Nearly 300 schoolgirls were kidnapped from Chibok in northeastern Nigeria by the Islamic extremist group Boko Haram in April 2014. The militants took the schoolgirls in trucks into the Sambisa Forest. Dozens escaped on their own but 219 remain missing.