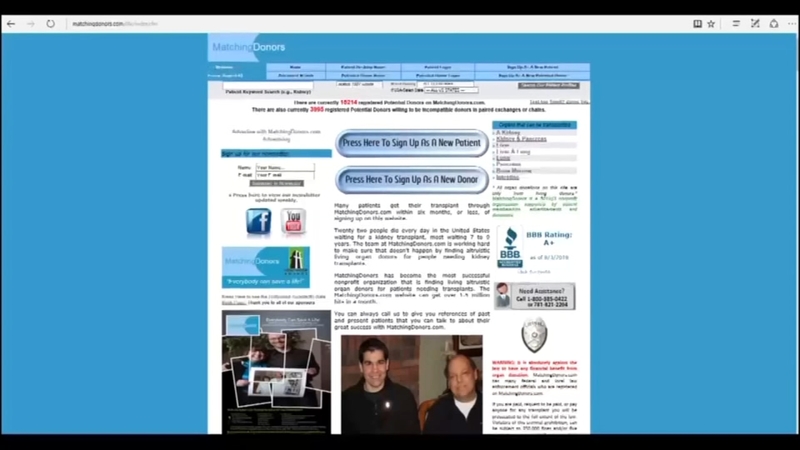 ATHENS, Ga. -- A woman who had to retire from the military because of issues with her kidney is getting help from one of her brothers in arms.

Lydia Burden enlisted in the Army right out of high school, wanting to be a career soldier. But she was forced to retire because of kidney issues. A few months later, she got a kidney transplant. But within five years, that new kidney failed. She now spends most of her time on dialysis, with her husband Eric by her side.

Now, a stranger from the other side of the country is reaching out to help. Christopher Pierce is from Washington state, is offering to donate his kidney to Burden, despite the two never having met in person. The two matched on a website called Donors.com.

The two are still waiting to hear back from Emory Medical to find out if their kidneys are a match. But they say even if they are not, the two are now friends for life.
Report a correction or typo
Related topics:
health & fitnessorgan donationsmedicalkidney transplantfeel goodveteran
TOP STORIES
Official says police made 'wrong decision' during TX shooting
South Side shooting at bus terminal could have been 'massacre': judge
With Chicago area at high COVID level, officials urge use of masks
Samantha Chatman talks about new book with Val and Ryan
Depp, Heard defamation trial continues with closing arguments
Mother charged with killing daughter, 8, in Uptown: CPD
Man charged in deadly downtown CTA Blue Line stabbing: CPD
Show More
Uvalde victims latest: Slain teacher's husband dies of heart attack
CPD officer faces firing for shooting at alleged carjackers
4th grader 'did what she had to to survive' Uvalde shooting, aunt says
Arlington Heights father's remains lost in the mail, still missing
Meghan Markle pays respect to Texas school shooting victims
More TOP STORIES News