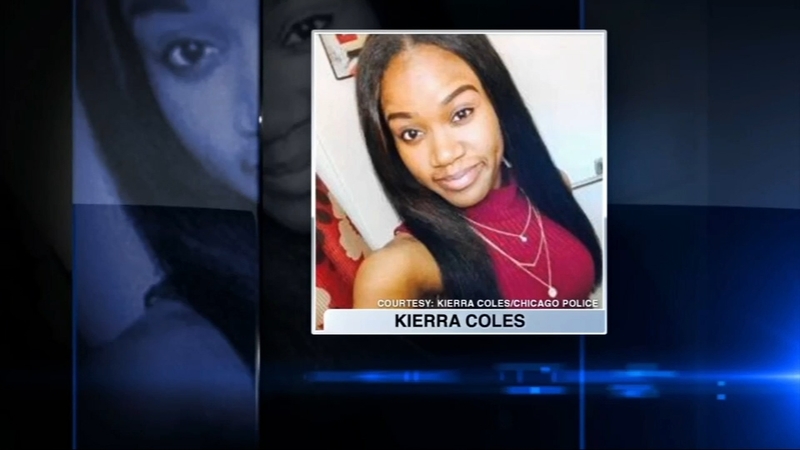 Kierra Coles, 27, has been missing since Oct. 2. She was last seen leaving her apartment at 81st Street and Vernon Avenue on Chicago's South Side wearing her postal worker uniform. Coles was about three months pregnant when she disappeared.

Community activist Andrew Holmes organized a search Friday of Whistler Woods Forest Preserve, choosing this location based off of tips from the community. He declined to go into further specifics so as not to jeopardize the police investigation.

"We don't want to search this forest preserve and then find a deceased body, but at the same time, if we do, then at least the family would know," he said.

Michael Airheart, a volunteer aiding with the search, had similar hopes to Holmes.

"I'm praying that we don't come across nothing, and that she's still alive and that she could go home and continue her life and have kids," he said.

Coles' family did not participate in the search, though Holmes said the family was aware of the effort. He said Coles' mother is still trying to be hopeful for a happy ending.

"It took you nine months to bring this child here, and then not hearing from her, and it's been this long, yes, sleepless nights. That's all I can tell you," he said of Coles' mom.

The U.S. Postal Inspection Service is offering a $25,000 reward in this case. Deborah Butler is a postal employee who was helping search, though she didn't know Coles personally.

"We love our postal family," she said. "If anything happens, we are there."

Coles was described as a 5-foot-4, 125-pound black woman with brown eyes, black hair and a medium brown complexion, police said. She has a tattoo of a heart on her right hand and one that reads "Lucky Libra" on her back.