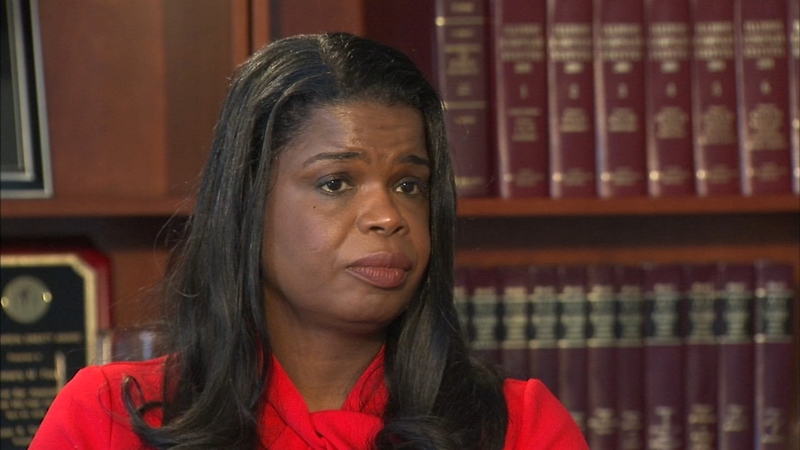 CHICAGO (WLS) -- The three associations representing police chiefs across suburban Chicago have voted that they have "no confidence" in Cook County State's Attorney Kim Foxx, the ABC7 I-Team has learned.

Many of the police chiefs say they will stand tomorrow morning with officials from the Chicago Fraternal Order of Police to announce their no confidence in Foxx.

Wednesday night a spokesperson for State's attorney Foxx shot back in defiance of the police no confidence votes, suggesting critics are obstructionists to public safety.

The firestorm over Foxx began when the Cook County State's attorney abruptly dropped 16 felony charges against Empire actor Jussie Smollett-even though prosecutors said Smollett was guilty of faking a hate crime to prop up his TV career.

Now the I-Team has obtained a "no confidence letter" sent to Foxx from the North Suburban Chiefs of Police, ripping her for the Smollett decision and expressing the deep concerns they have regarding her leadership of the Cook County State's Attorney's Office, specifically in the areas of felony review, non-prosecution of certain low-level offenses, and the handling of the recent Jussie Smollett matter.

And it's not just the North suburban police chiefs. The I-Team has now confirmed that the west and south police chiefs associations have also voted measures of no confidence against Foxx-representing scores of police agencies.

At 2:30 p.m. Thursday at FOP headquarters in Chicago, police chiefs from across Cook County are being summoned to stand up against States Attorney Fox for what they will claim is her mishandling of certain felony cases-and their no confidence votes taken after the Smollett case.

The north suburban chief's letter states what all three organizations say they have decided: that It appears Foxx's strategy to address non-violent crime in Cook County is to decriminalize or ignore it, regardless of any collateral cost which is born overwhelmingly by individual communities and their police agencies.

The president of the south suburban police chief's association told the I-Team that their no confidence vote is not meant to display disrespect towards the hard working assistant state's attorneys who actually prosecute cases in courtrooms. He says the "no confidence vote" is directed straight at Kim Foxx's lack of leadership and loss of credibility within their communities.