CHICAGO (WLS) -- King Willem-Alexander and Queen Maxima of the Netherlands stopped in Chicago and Grand Rapids, Mich., as part of a longer trip around the U.S., their first since Willem-Alexander became king in 2013.

PHOTOS: King and Queen of the Netherlands visit Chicago, U.S. 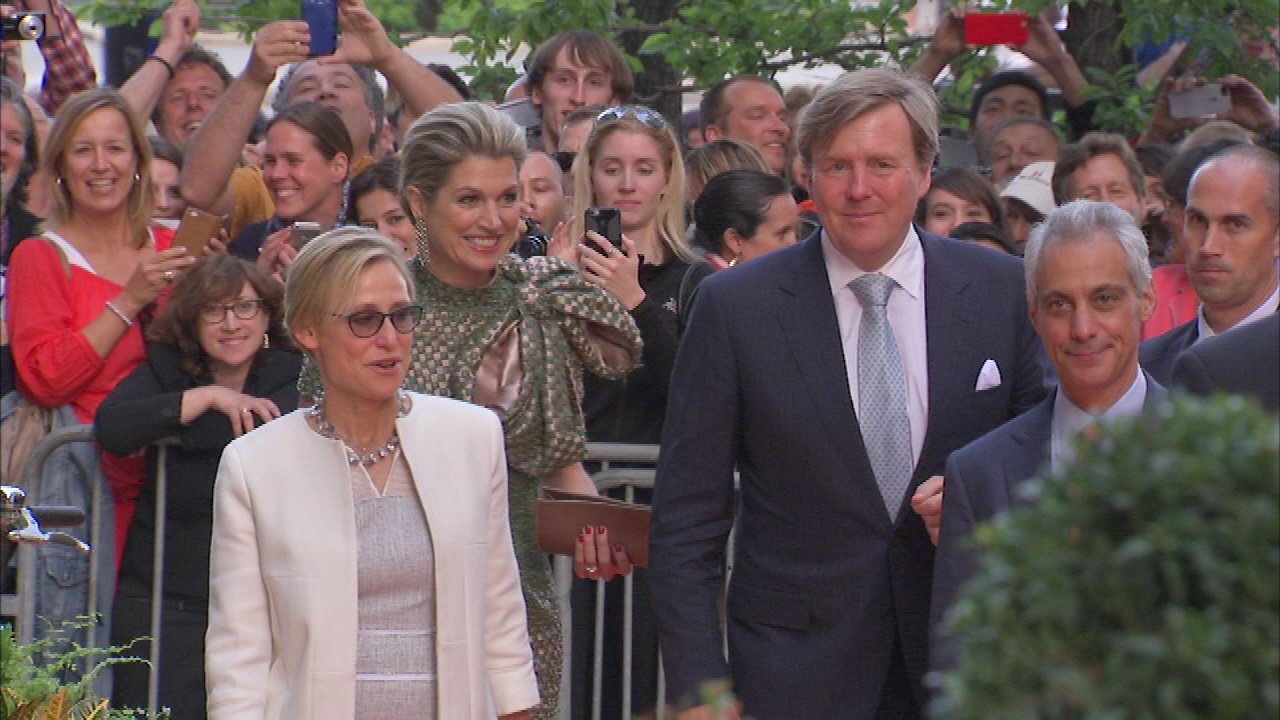 The king and queen met with President Obama in Washington D.C. on Monday, June 1, and attended a wreath-laying ceremony at the Tomb of the Unknown Soldiers. The visit to the capitol reinforced the strong and enduring ties between the Netherlands and the United States, which reach back more than 400 years.

Tuesday morning the royal couple flew to Grand Rapids, Michigan, where the king and his wife helped plant a tree and paid tribute to western Michigan's Dutch. When they arrived, children from Ada Christian School sang a Dutch-language song to them.

They wielded shovels during a tree planting at Frederik Meijer Gardens and Sculpture Park and participated in events at Helen DeVos Children's Hospital and the Van Andel Research Institute. They lunched with Michigan Gov. Rick Snyder and visited with local leaders.

"How marvelous it is to meet so many Dutch people with Dutch roots," the king said, then gave a quick lesson in the proper Dutch pronunciation of names like Meijer, DeVos and Van Andel.

He also commented on the role of the first Dutch settlement in western Michigan two centuries ago.

"The seeds planted here still grow," he said. "Innovation and social development go hand in hand. It was true then and true now." The king and queen flew out Tuesday afternoon for Chicago.

In Chicago, King Willem-Alexander and Queen Maxima were greeted by children outside the Chicago Cultural Center before they sat down for a dinner with Dutch business leaders Tuesday night. The event was hosted by the Chicago Council on Global Affairs.

The king joked about what Dutch farmers found when they first settled just south of the city.

Their visit to Chicago continues Wednesday. The king and queen will make several stops around the city, including the Rehabilitation Institute of Chicago, Northwestern Medical Research Center and Gwendolyn Brooks Preparatory College.