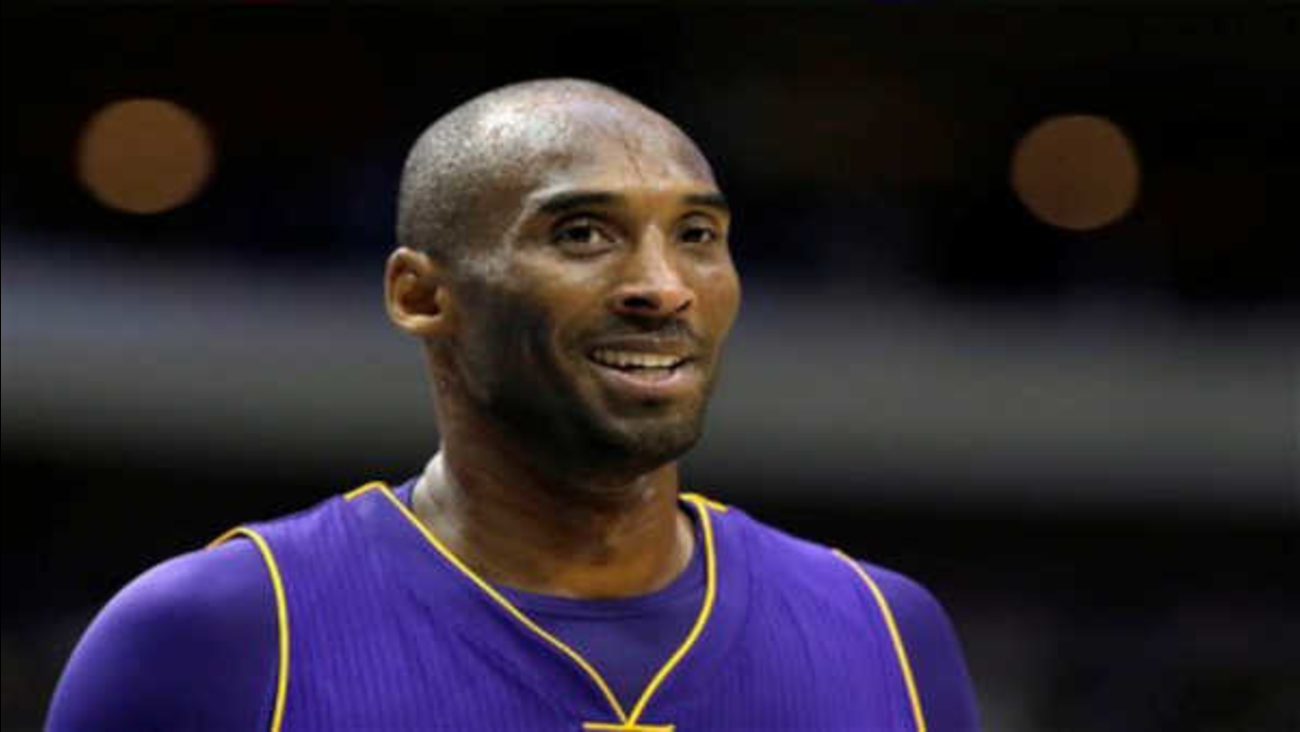 LOS ANGELES -- Kobe Bryant has decided to retire after this season, ending his 20-year career with the Los Angeles Lakers.

The 37-year-old Bryant made the announcement in a post on The Players' Tribune on Sunday. The third-leading scorer in NBA history wrote a poem entitled "Dear Basketball" to announce his decision.

"My heart can take the pounding. My mind can handle the grind. But my body knows it's time to say goodbye," Bryant wrote. "And that's OK. I'm ready to let you go. I want you to know now. So we both can savor every moment we have left together. The good and the bad. We have given each other all that we have."

Bryant went straight from high school in suburban Philadelphia to the Lakers in 1996, and he earned five championship rings and 17 All-Star selections during two decades with the franchise - the longest tenure with one team in NBA history. Bryant also won two Olympic gold medals.

But Bryant's last three seasons have ended early due to injuries, and he played in only 41 games over the previous two years. He has struggled mightily in the first 15 games of this season with mostly young teammates on a rebuilding roster, making a career-worst 32 percent of his shots and dealing with pain and exhaustion every day.

In recent months, Bryant repeatedly said he didn't know whether he would play another season, clearly hoping for a rebound in his health and the Lakers' fortunes.

Neither has happened, and the ever-impatient Bryant didn't wait any longer to decide his future.

"Kobe Bryant is one of the greatest players in the history of our game," NBA Commissioner Adam Silver said. "Whether competing in the Finals or hoisting jump shots after midnight in an empty gym, Kobe has an unconditional love for the game. I join Kobe's millions of fans around the world in congratulating him on an outstanding NBA career and thank him for so many thrilling memories."

Even during his late-career struggles, Bryant's fans have remained devoted to the 6-foot-6 star who won titles alongside Shaquille O'Neal in 2000, 2001 and 2002 before teaming with Pau Gasol for two more in 2009 and 2010. Only 13 players in league history played on more championship teams than Bryant.

The Lakers (2-13) hosted the Indiana Pacers on Sunday night, and coach Byron Scott said Bryant intended to play, even after playing 34 minutes at Portland on Saturday night.

"I know his purpose is to finish out this season and play," said Scott, Bryant's teammate during the 1996-97 season. "It's always sad when greatness decides to hang it up. ... I thought he had at least another year in him."

Bryant is the NBA's highest-paid player this season with a $25 million salary bestowed on him by grateful Lakers owner Jim Buss despite his recent injury problems. Bryant has been tirelessly devoted to the franchise, repeatedly declaring he would never play for another NBA team despite the Lakers' wholesale rebuilding process following the disastrous 2012-13 season with Dwight Howard and Steve Nash.

But Bryant's departure will allow the Lakers to finish straddling the past and the future, with young prospects Julius Randle, D'Angelo Russell and Jordan Clarkson taking on leading roles rather than deferring to their superstar teammate.

Bryant repeatedly declared that he didn't want a farewell tour in the style of Kareem Abdul-Jabbar or Derek Jeter, his friend and The Players' Tribune founder. Yet the Lakers' eight-game road trip beginning next week is almost certain to begin a prolonged goodbye to Bryant, one of the NBA's most popular and most divisive players.

"It's tough to see one of the absolute greatest competitors go through this," Miami guard Dwyane Wade told The Associated Press on Sunday, prior to Bryant making his announcement. "You can put a team around a guy to help a guy, especially late in his career. They're just not in position right now to do that. He's won five championships, so no one feels bad for him from that standpoint. But from a standpoint of seeing one of this era's greatest players go out in a rebuilding process, it's tough."

Bryant already has received long ovations on road trips this season, particularly in places like New York and Miami where crowds sensed that they might be seeing him as an opponent for the final time.

The Lakers' next road game is in Philadelphia - perhaps not coincidentally, given the otherwise strange timing of Bryant's announcement.

"Philly is where I grew up," Bryant told AP in an interview in Miami earlier this month. "It's always a different emotion there than anywhere else."

Bryant was the first guard ever to be drafted directly out of high school, taken 13th overall by the Charlotte Hornets and traded to the Lakers. Although he won the dunk contest at All-Star weekend as a rookie, his Lakers didn't become title contenders until coach Phil Jackson arrived in 1999 and built a three-time champion around Kobe and Shaq.

Bryant made a fourth NBA Finals appearance in 2004 despite his preseason arrest for sexual assault and subsequent legal proceedings that sometimes required him to fly from Colorado to Los Angeles on game days. The assault case against Bryant was dropped in September 2004, but his behavior affected his reputation.