Puerto Rican Korean War veterans to be honored by Congress 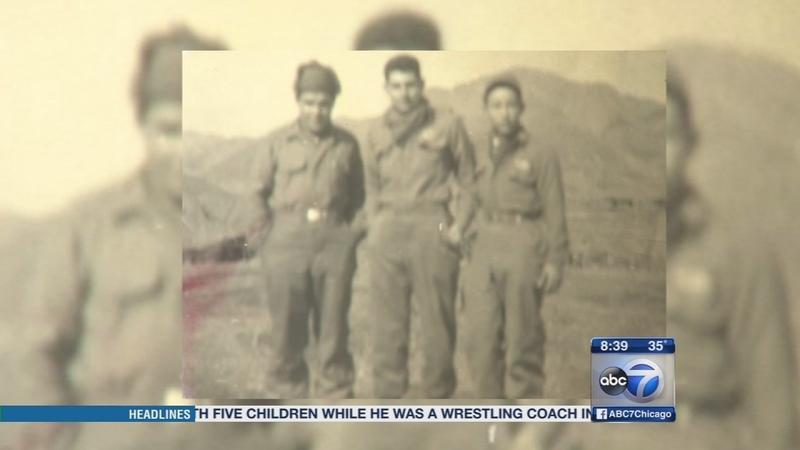 CHICAGO (WLS) -- This week, a group of Korean War veterans from the Chicago area will travel to Washington D.C. to receive the Congressional Gold Medal, the highest expression of national appreciation.

All of them served the United States. All of them are from Puerto Rico. They are known as the Borinqueneers.

Their recognition from Congress and the nation is 60 years coming.

"I feel very good about. At least we're being recognized after all these years," says Raul Caronda, who was a corporal during the war. "America is the greatest country in the world.

"It's an honor for us to serve the United States," says Bishop Tomas Lozada, who was also a corporal.

They're 83 now, but they were just teenagers on the battlefield as part of the 65th Infantry regiment comprised of Puerto Ricans, or as they were known, the Borinqueneers.

"It's the biggest word to me, because that's a bigger honort that people when they say Borinqueneer, that was a great thing for me," says Lozada.

"We had a lot in common. We could talk about baseball, about the music of Puerto Rico," Cardona says of the regiment's camaraderie on the battlefield.

"When we come back from the front lines, I went to find him and if he had gone to Puerto Rico. They told me he was killed," he remembers.

While both have medals and honors, there are still scars, mostly emotional ones. Sometimes nightmares as well, that Lozada's wife tries to stop.

"She wake me up because I was fighting, I was fighting every night - loud. She come to me, she said, Tomas, Tomas, what happened?" he says.

Now, having worn the uniform proudly, Congress will thank them. They are happy to be recognized years later for their service, not just as Puerto Ricans but as Americans.

"I'm proud, very proud, to be an American citizen and to have fought in the war," Cardona says.

In 2012, a West Point graduate pushed for the honor after hearing about his grandfather's service in the 65th, and the unit's Puerto Rican history.

On Wednesday, a special ceremony will be held in Washington D.C. to honor the army unit. More than 250 Borinqueneers are expected to travel from across the country.