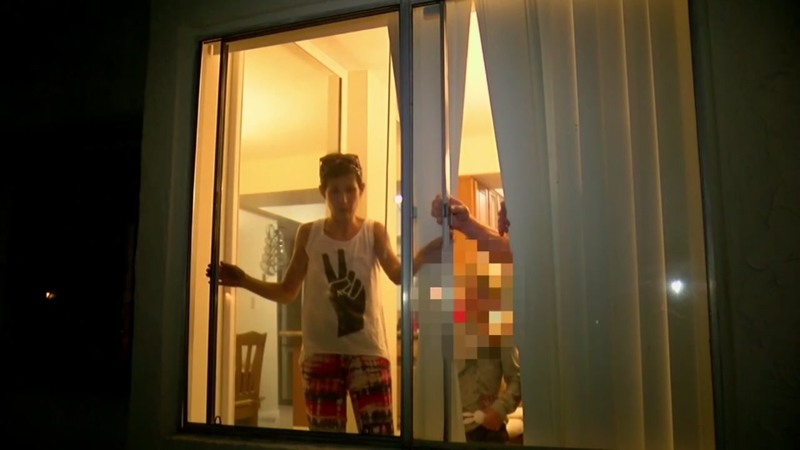 When the girl found the man in the room she shares with her 6-year-old brother, she used a self-defense move on him called the "Cheetah Paw." KGTV reports the partially-closed hand strike involves curling your fingers in on themselves, tucking your thumb against the sides of your hand and striking with your knuckles.

The girl tells KGTV she woke up in the suspect's arms as he carried her downstairs. That's when she used the move on his neck. He dropped her and ran away.

The family called police around 4am, but the suspect fled. Authorities believe he got in by removing a screen from an open window.

The suspect was described as a man with tanned skin, dark "fluffy" hair and a thin build. He had a strong dirty odor and was wearing dark clothing.